In our first preview, we discussed the Matrix, and how exploring it is key to success in the Transformers Deck-Building Game. We alluded to the fact that transforming between Bot and Alt modes is important, but in this preview we’ll deep dive on the how and why of transforming in this game!

As discussed in the previous article, you’ll begin each play of the Transformers Deck-Building Game by teleporting into the Matrix in your Alt mode, which for Optimus Prime is the infamous big-rig tractor trailer. In the game, Alt mode is optimized for traveling around the Matrix, but for the existing Autobots at least, comes with a penalty when used in combat. Each Autobot has a passive ability while in Alt mode. For example, Wheeljack’s Alt mode ability plays on his love of gadgets and tech, allowing you to reveal the top card of your deck whenever you resolve an ambush. If it’s a technology card, you may draw it, otherwise you’ll have the option to leave it or discard it. 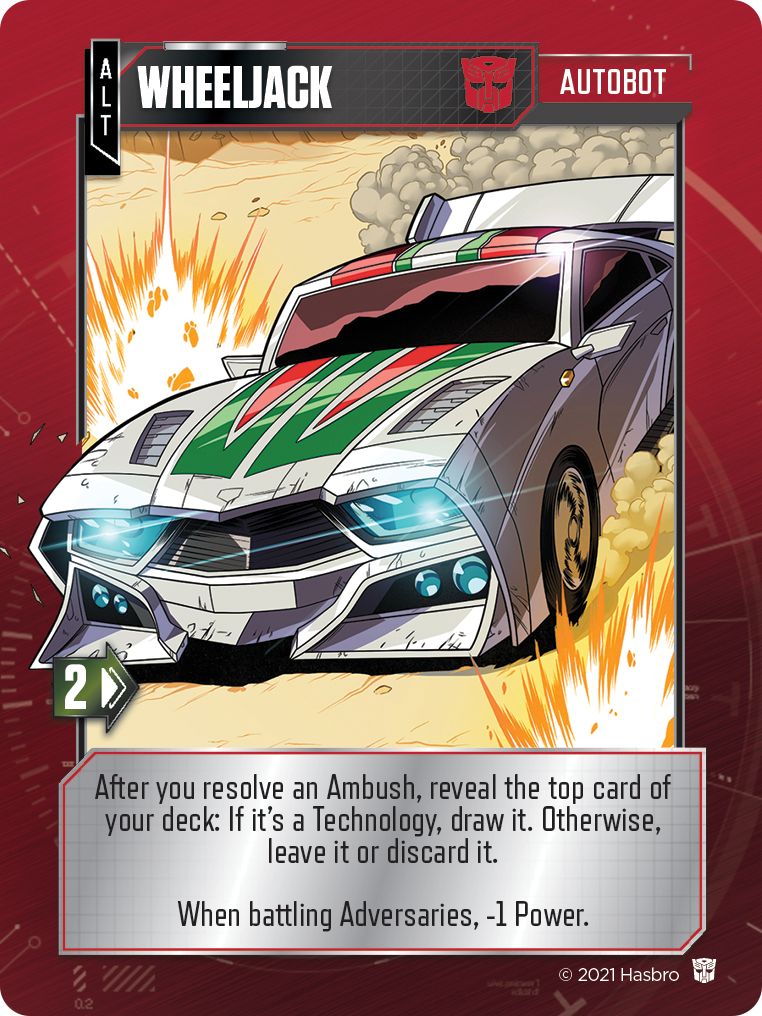 At any time during a player’s turn they can spend 1 Energon Cube to transform to the other form. This can be done as many times in a turn as the player’s Energon supply allows. It’s also worth pointing out that your Alt mode move value does not reset if you transform to Bot mode and then back to Alt mode in a given turn, but any unspent movement from your Alt mode will still be available to you when you transform back into it!

While it’s still possible to battle Decepticons while in your Alt mode, you’ll suffer a -1 power penalty when doing so, so for most battles it’s advisable to use your Bot mode. Bot mode not only suffers no penalty in combat, and has a useful passive ability (similar to those in your Alt mode) but also features 2 Energon abilities that may be triggered by spending the specified amount of Energon. To use tech-loving Wheeljack as an example again, their passive Bot ability is that each Technology card they play has +1 power. Their Energon abilities allow the range of Technology cards to be boosted, or even allow them to gain a powerful Technology from the main deck’s destroyed pile at no additional cost! 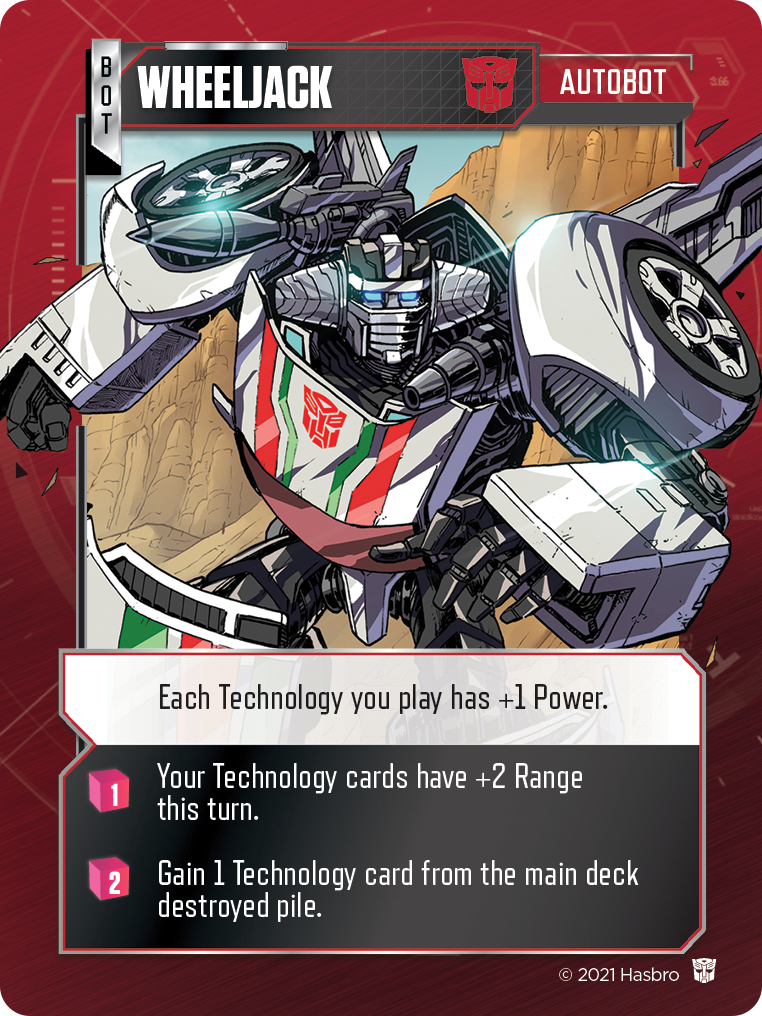 Energon abilities, whether on your Bot mode or other cards in play, can each be activated only once per turn, but can have a host of powerful abilities. It can be very helpful to build up a healthy supply of Energon by visiting sites like “Energon Mine - Small”, or the Technology card, “Energon Drill” to better power these abilities, as well as fueling on-demand transforming! 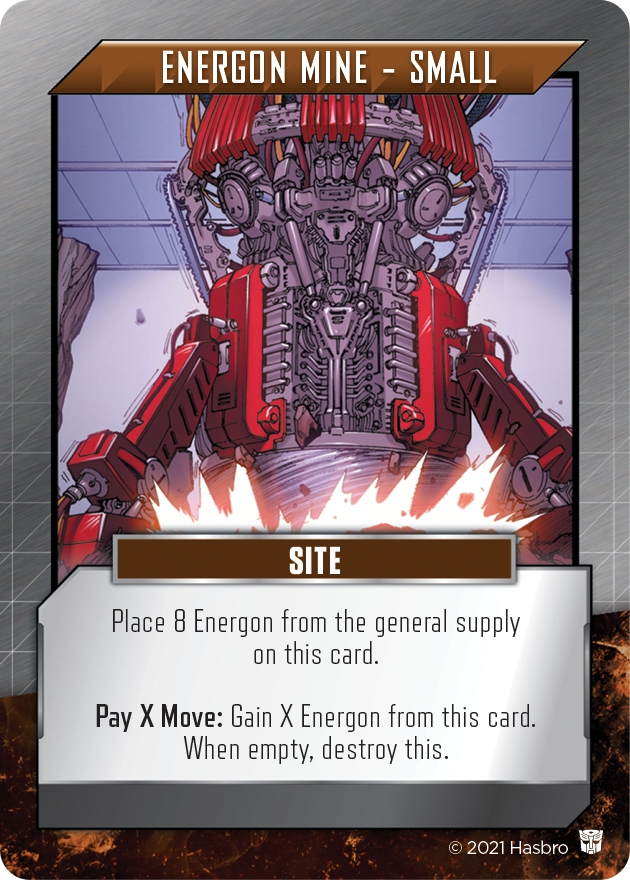 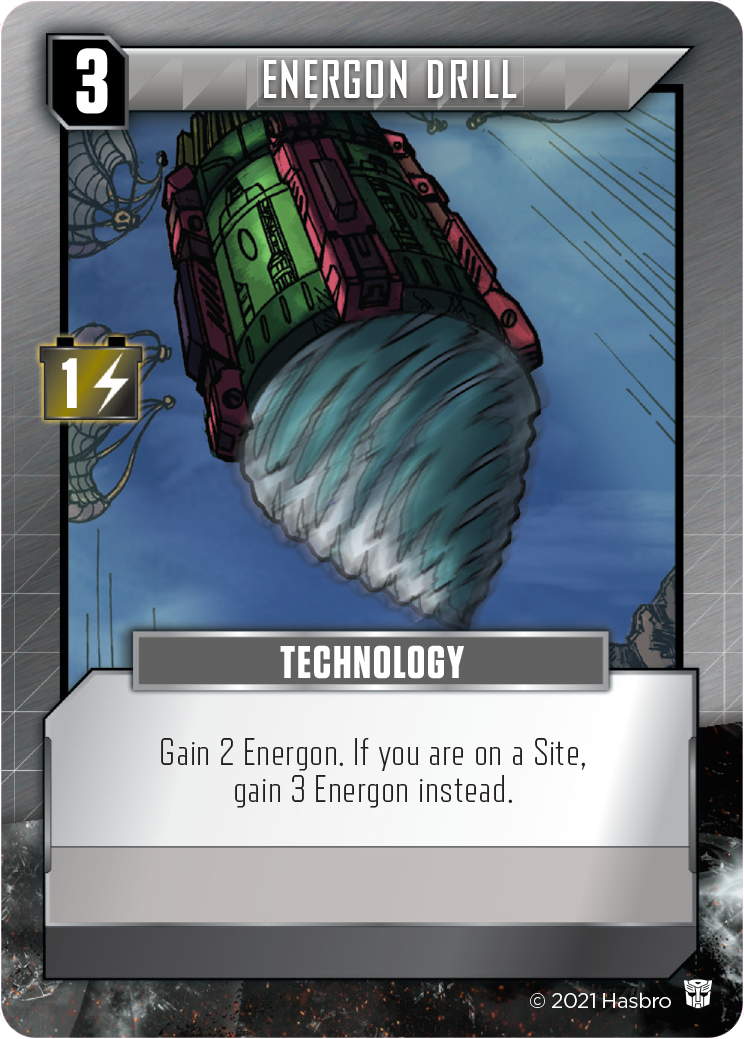 Finally, in addition to paying 1 Energon to Transform, it is also possible to transform at no cost via card effects. Most commonly this can be done with the Basic card “Transform And Roll Out!”, 16 of which form a pool that can be purchased from at any point, regardless of your location in the Matrix. This versatile card provides 1 Power with 1 Range for purchasing and combat (plus an additional power when used to Assist another player!), as well as 1 Move and card ability allowing a no-cost transformation when played. A player would be well served to pick up a copy or two in early rounds if nothing particularly attractive is found in the early scouting of the Matrix! 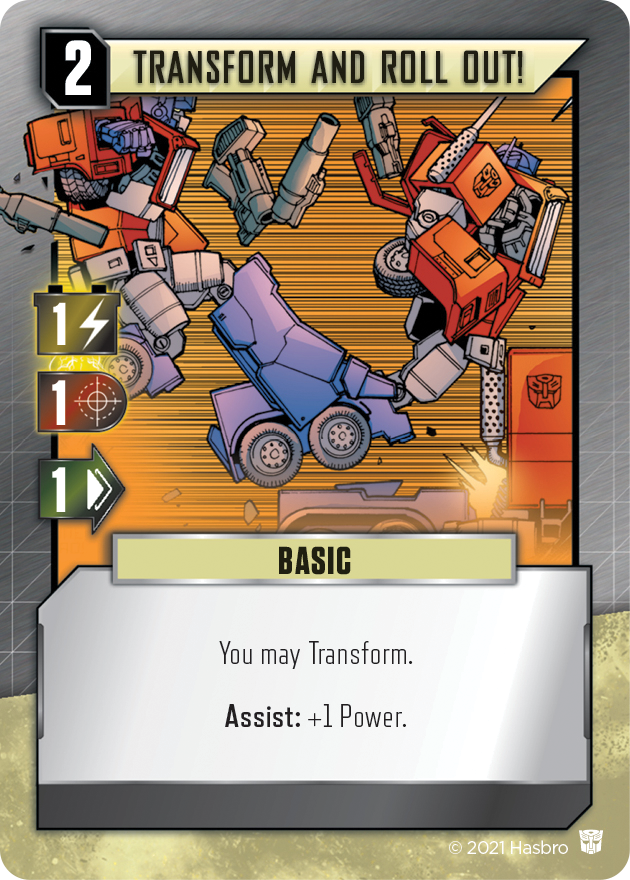 As with your positioning within the Matrix, proper use of both Alt and Bot modes is key when taking on the Decepticons in the Transformers Deck-Building Game. Join us next week when we look at how game setup and play differ when played as a competitive experience as opposed to a cooperative one!