Dead Men Tell No Tales is a cooperative game where players take on the role of a pirate crew, boarding Skelit’s Revenge for one purpose: treasure. Battle the crew, the raging inferno, and your own fatigue as you fight to stay alive. Do you and your crew have what it takes to make off with the loot and live to tell the story? Or are you going down with the ship in Dead Men Tell No Tales?

Today Renegade Game Studios is proud to announce that we have acquired the Dead Men Tell No Tales product line. Left in limbo and out of print after the untimely passing of publisher Minion Games' founder James Mathe, Dead Men Tell No Tales will be returning to store shelves this fall. We have a long-standing relationship with designer Kane Klenko (Fuse, Flipships, Proving Grounds), and are excited to continue that fruitful partnership. 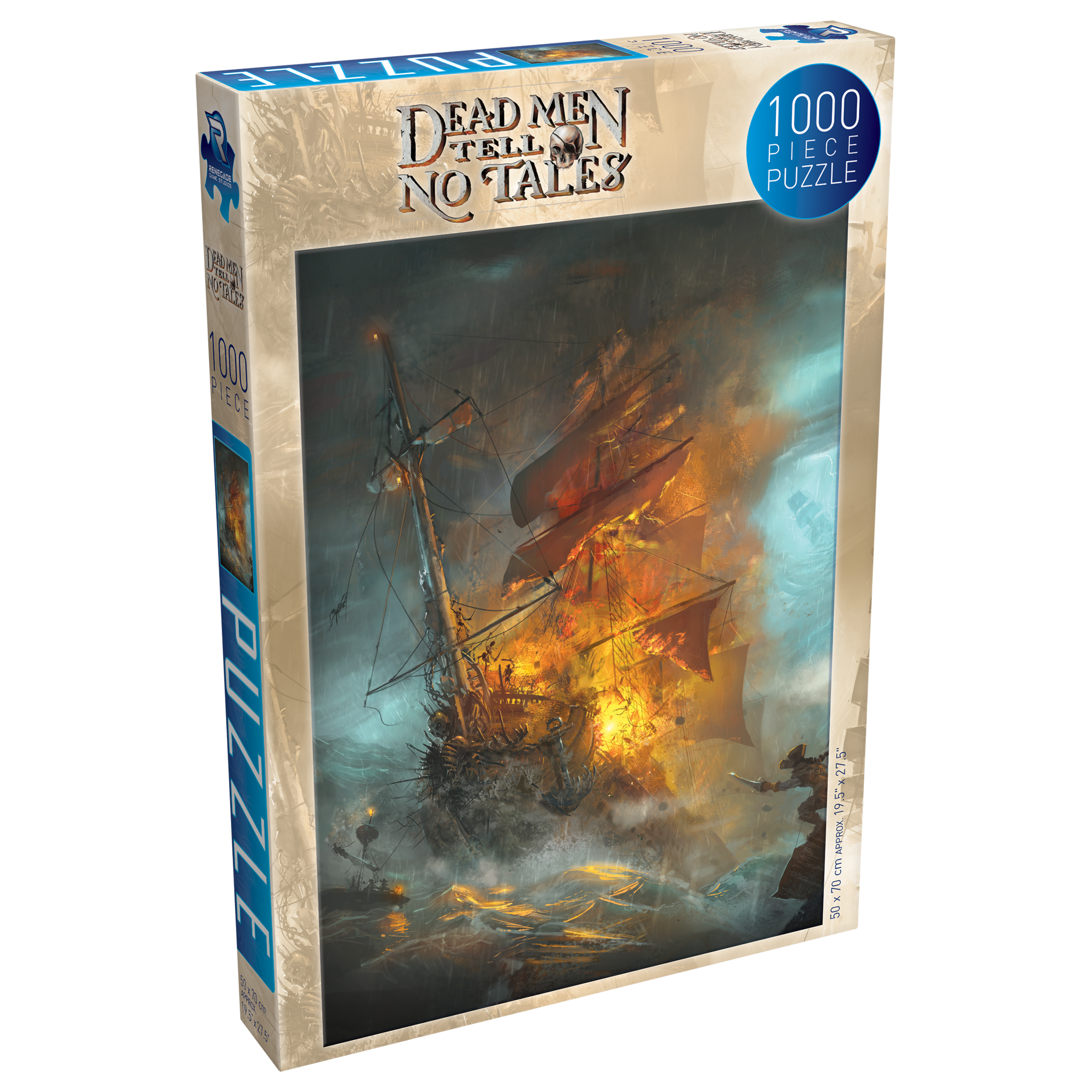 Finally, for those of you that can't get enough piratey goodness, we're happy to announce that we've turned the beautiful box art by Chris Ostrowski into one of our jigsaw puzzles! A 1000 piece, 50x70cm puzzle will arrive later this year to join our growing puzzle line.