Gas up your ride, check your ammunition, and prepare for a danger-laden run through the Wrecklands! Wreckland Run, a solo game by renowned designer Scott Almes, will be coming to Kickstarter February 8th!

In addition to this brand-new game, this campaign will also feature a new expansion for Warp's Edge, the previous entry in the Solo Hero Series of games.

Between Wreckland Run and the new content for Warp's Edge, this Kickstarter is one no solo gamer is going to want to miss! Head over to the Kickstarter page to sign up and be notified when the campaign launches Feb 8th! 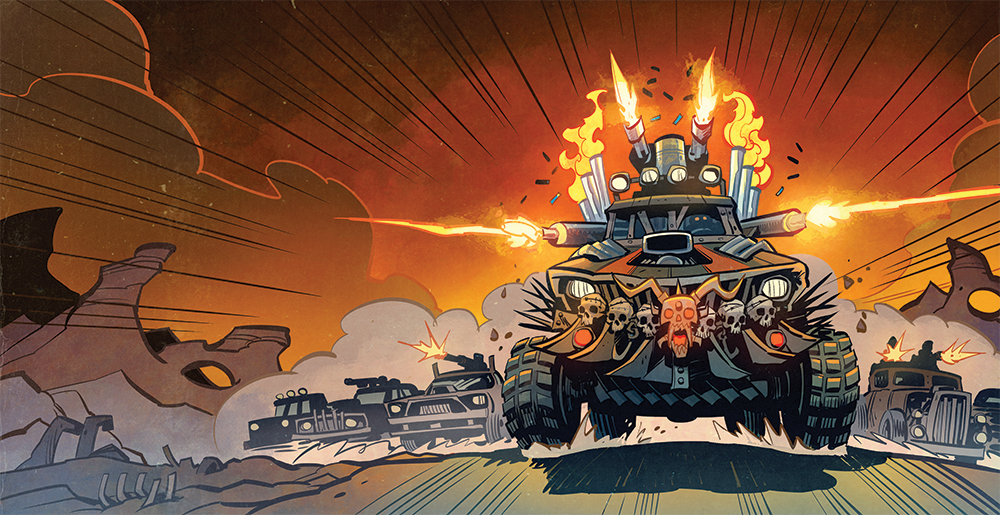