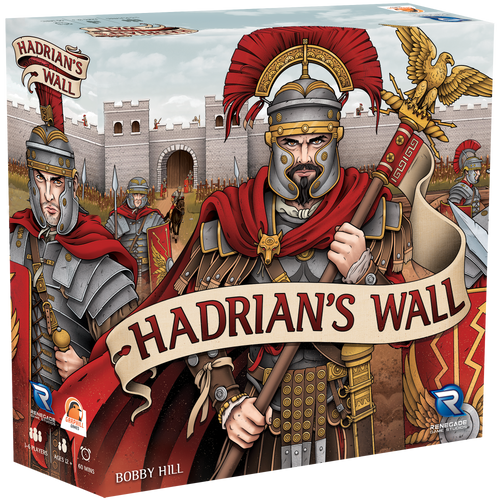 When visiting the North of Britannia in 122 AD, the Roman Emperor Hadrian Augustus witnessed the aftermath of war between his armies and the savage Picts. In a show of Roman might, he ordered a wall to be built that would separate the Pict tribes from the rest of England. Grand in its design, the wall stretched 80 Roman miles, from coast to coast.

In Hadrian’s Wall, players take on the role of a Roman General, placed in charge of constructing a milecastle and bordering wall. Over 6 years (rounds), players will construct their fort and wall, man the defenses, and attract civilians by building services and providing entertainment – all while defending the honour of the Roman Empire from the waring Picts. The player that can accumulate the most Renown, Piety, Valour, and Discipline, whilst avoiding Disdain, will prove to the Emperor they are the model Roman citizen and be crowned Legatus Legionis! 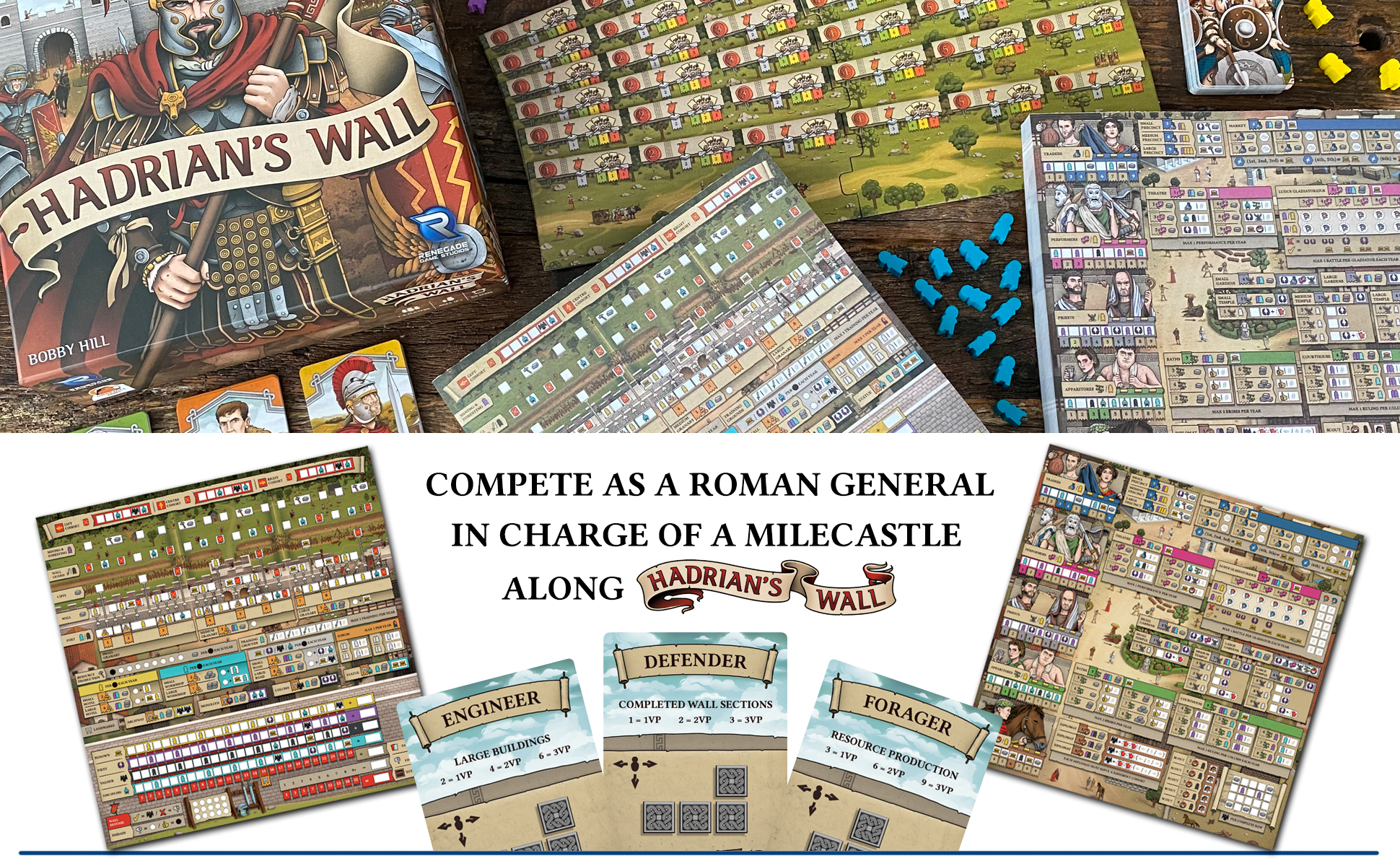 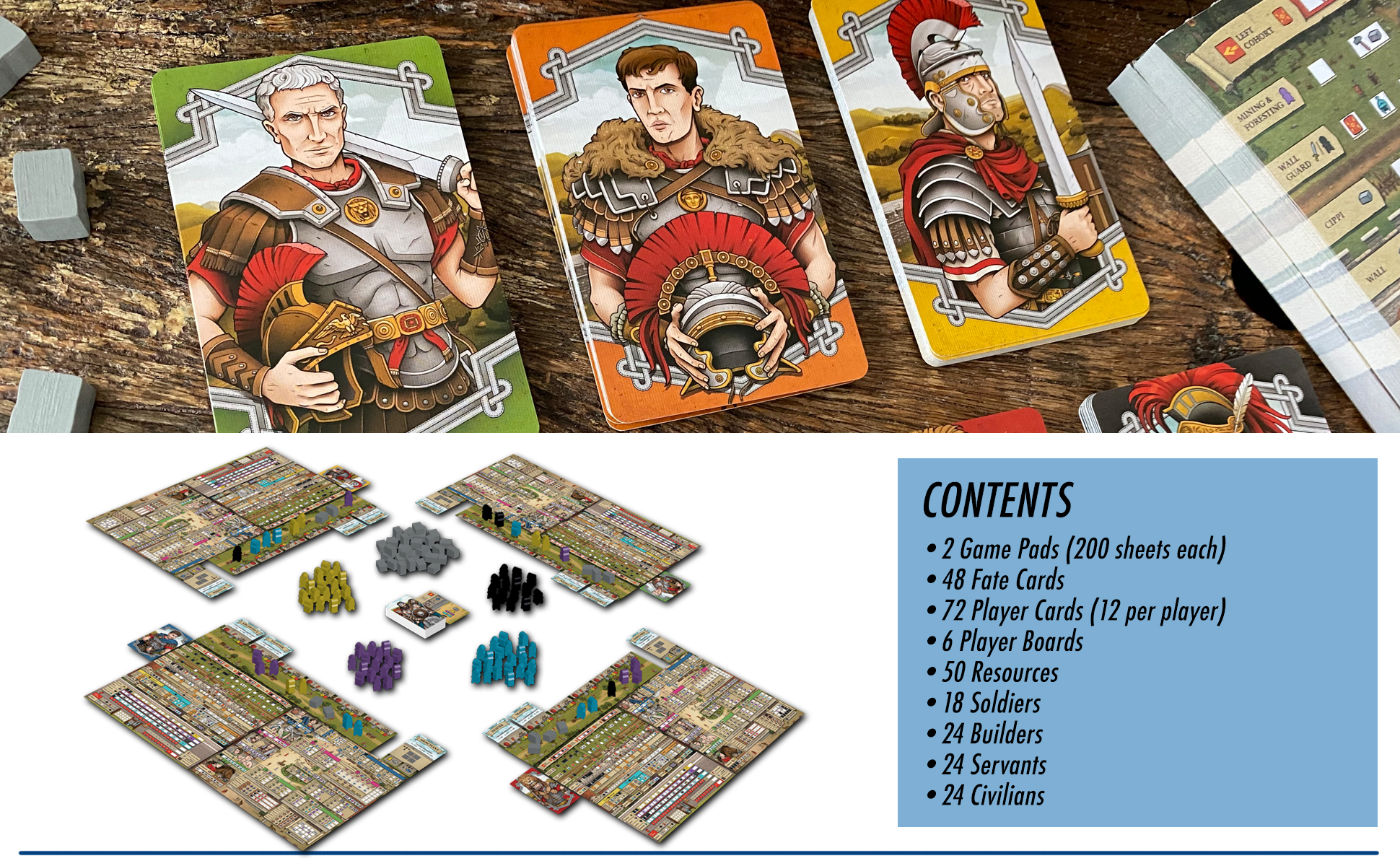 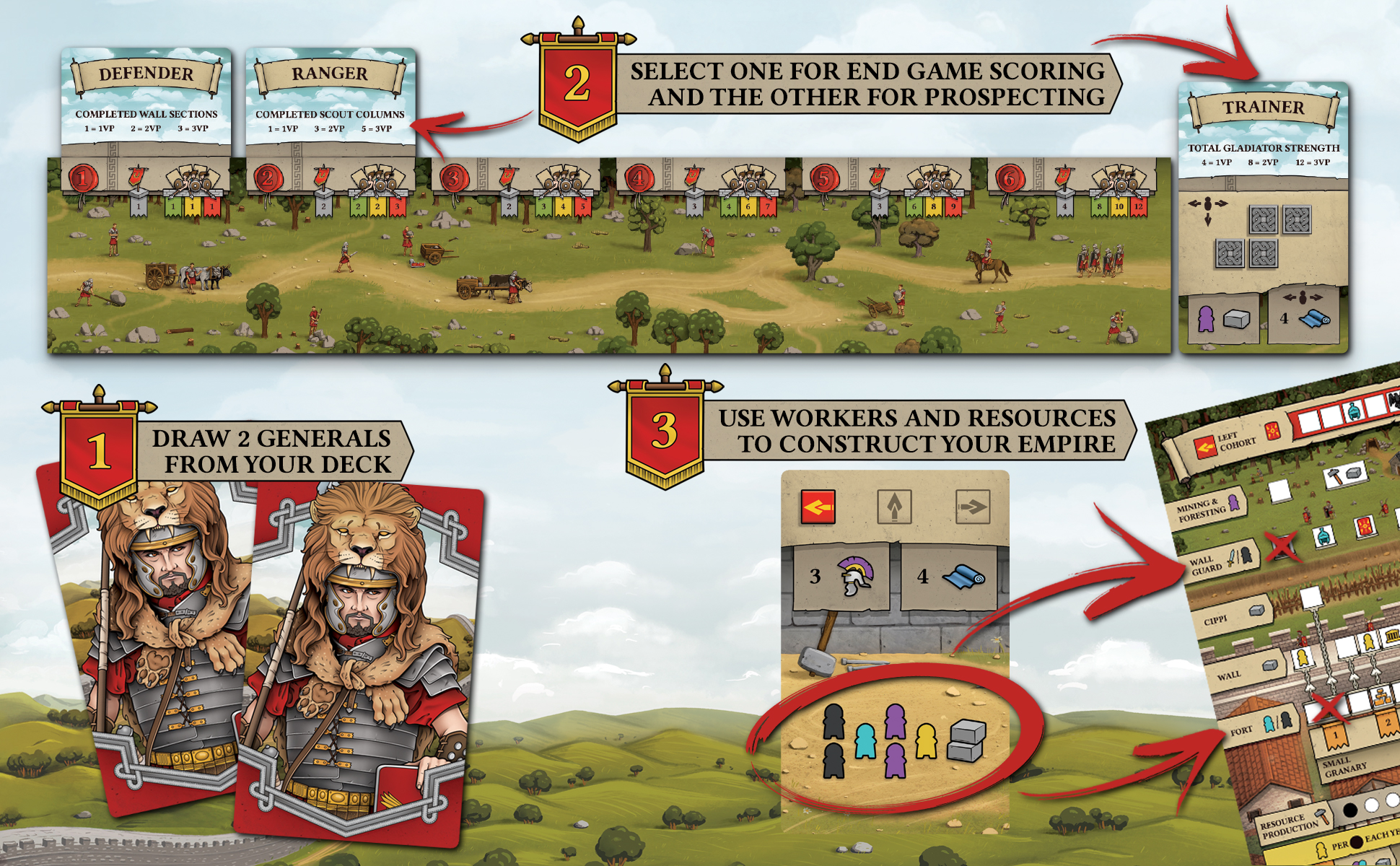 Viscounts of the West Kingdom Gates of Gold

Many have come! Who will stay and who must go? In Viscounts of the West Kingdom: Gates of Gold, people from near and far have come to see the splendor of our great city. While most are traders and...

Viscounts of the West Kingdom Keeper of Keys

Treasure Awaits! In Viscounts of the West Kingdom: Keeper of Keys, tensions continue to rise in the King’s court. Some choose to plot in secret, forging alliances with like-minded officials. Others...

Many centuries ago, the Greek, Persian and Assyrian empires controlled vast amounts of land and riches. Yet, despite their fortifications and imposing armies, rumours began spreading of a formidable...

We were light years from our home, galaxies away, when we first discovered this ancient celestial body a planet filled with intriguing, intelligent lifeforms, not too unlike our own. Some built...

Architects of the West Kingdom

Architects of the West Kingdom is set at the end of the Carolingian Empire, circa 850 AD. As royal architects, players compete to impress their King and maintain their noble status by...

Raiders of the North Sea

Raiders of the North Sea is set in the central years of the Viking Age. As Viking warriors, players seek to impress the Chieftain by raiding unsuspecting settlements. Players will need to assemble a...

Maia Strongheart stands alone against the world. A cabal of conspirators has framed her for the death of her own mother, the Sun Queen, and these traitors intend to usurp the throne from her family...