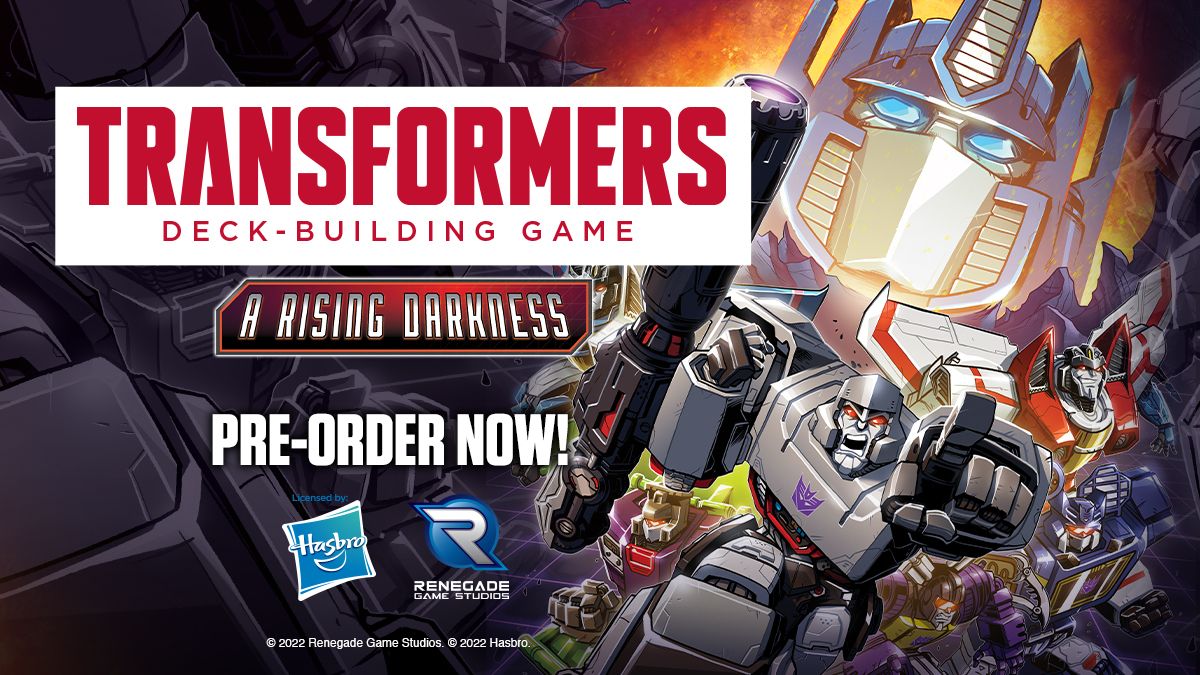 When fans think of Transformers, one image that is likely not far from their minds is Optimus Prime facing off against his arch-nemesis, Megatron. Transformers Deck-Building Game: A Rising Darkness makes that showdown a reality with its new Team versus Team mode, allowing you to pit Autobots against Decepticons for the fate of Earth (when combined with the core set). These sworn enemies going head to head feels like the natural evolution of our deck-building series, but it was a play mode baked into the game’s DNA from the very beginning, and one we plan to support and expand on as the series moves forward. If you ever wondered why the main deck Autobots had victory points ... wonder no more! 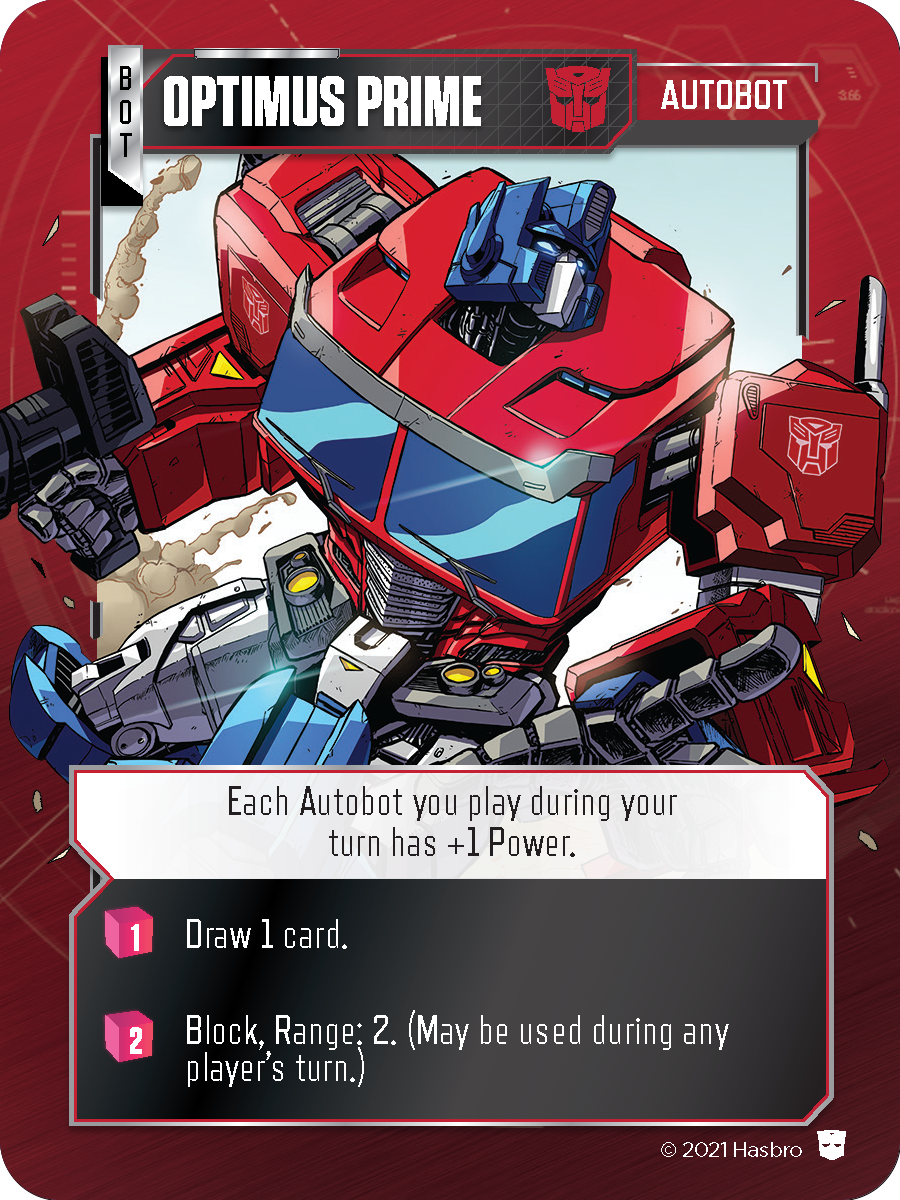 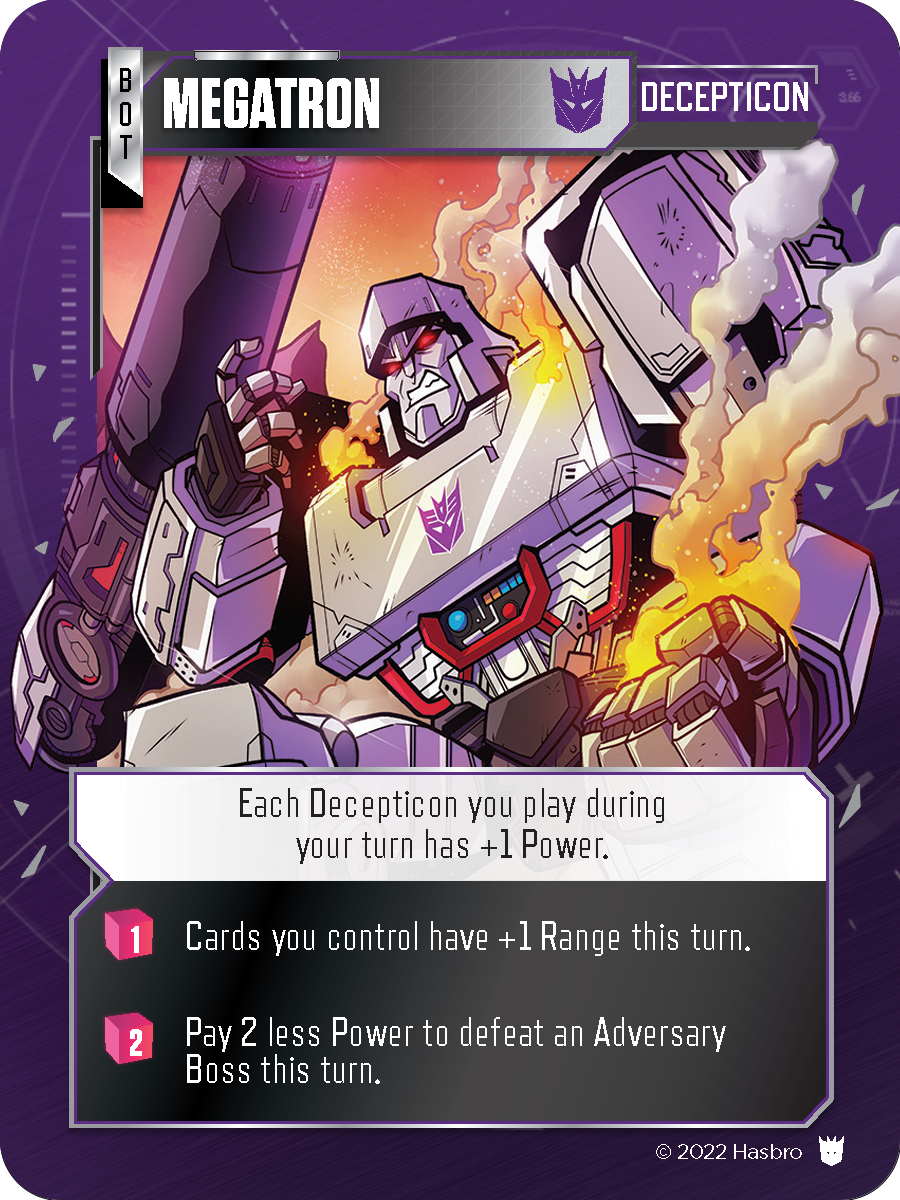 Transformers Deck-Building Game: A Rising Darkness is a standalone game, so even without the core set, you can play both competitive and cooperative modes, just as you could with our first game. Only instead of playing as Autobots, you’ll take to the skies as Starscream to hunt down Bumblebee and his allies, or send out Mini-Cassette troopers as Soundwave to overwhelm any Autobot who gets in your way. There are 6 playable Decepticons to choose from. 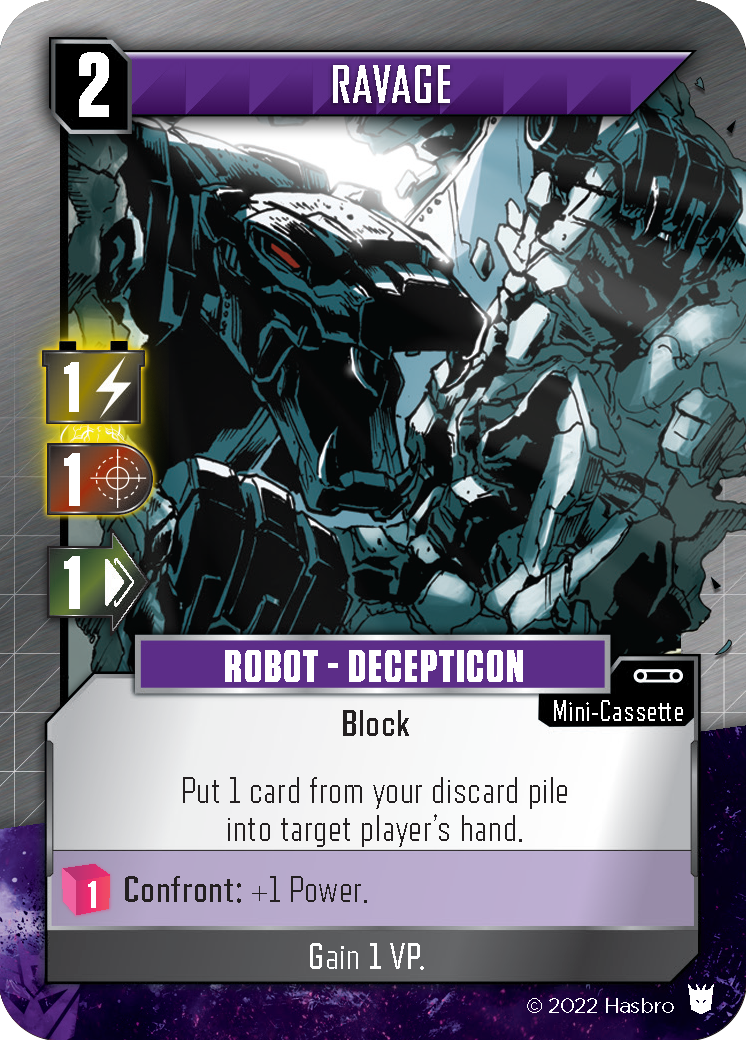 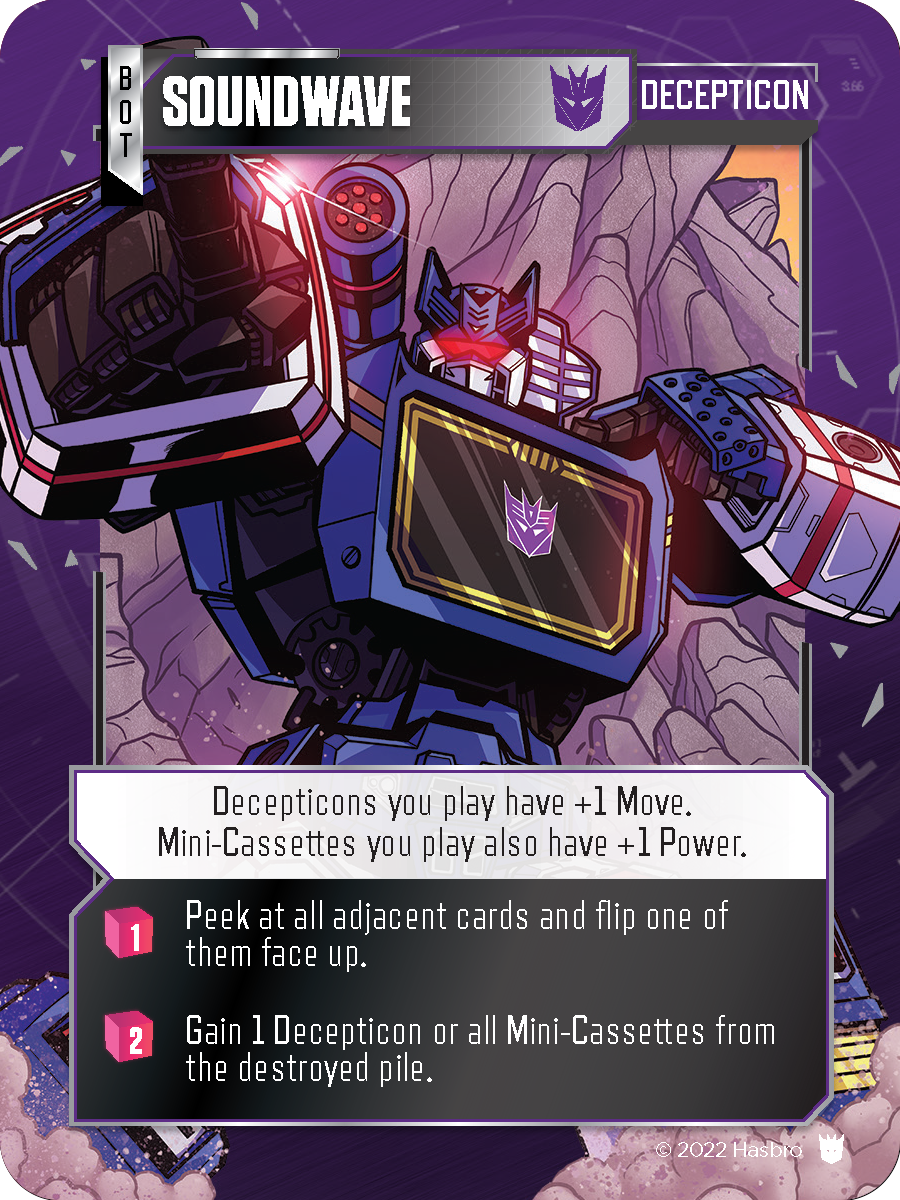 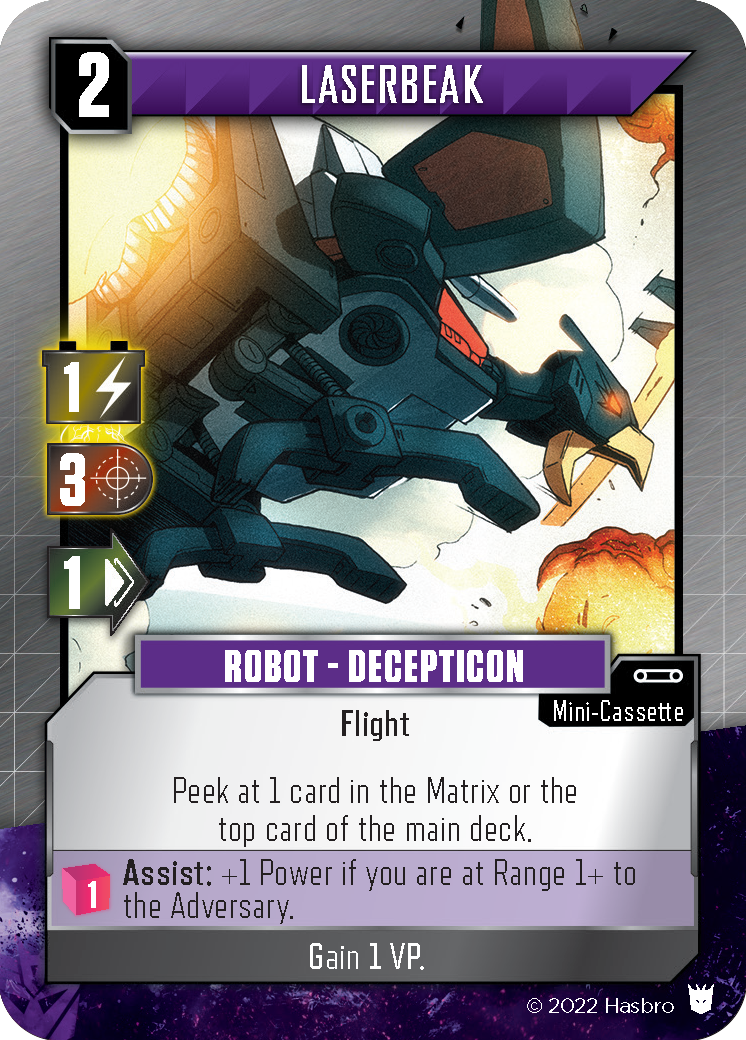 However, it’s Team versus Team (TvT) mode where this game–and this series–best evokes the age-old conflict between these two warring factions. Let’s take a tour of some new wrinkles we threw into the mix as you Rise Up or Roll Out in a TvT game.

Players Have Their Boss’s Back

Just like in competitive mode, taking down an Adversary Boss in TvT is one of the best ways to earn victory points, and each faction will be searching for the opposing team’s Bosses in order to confront and defeat them. However, that’s easier said than done, for the opposing team can also play “defensive” Assists, adding their card’s power to the cost to defeat their Boss! For example, if the Decepticons confront Omega Supreme, each Autobot player within Range could play one defensive Assist card the same way Decepticons play regular Assists, and they automatically resolve after the Encounter resolves. So each confrontation can potentially involve all players, giving these battles a more epic feel...and a less certain outcome. 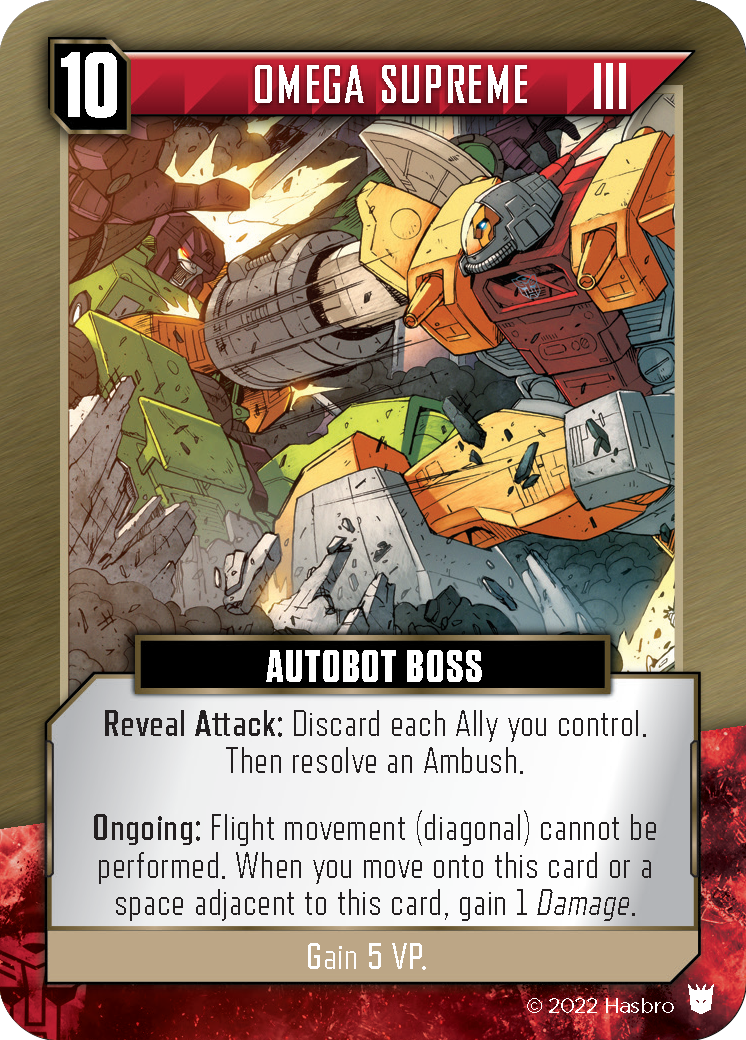 There are more opportunities to affect other players in A Rising Darkness, especially when playing as Decepticons. Damage has greater impact, for one example, and cards that cause players to gain Damage could push the opposing team to a threshold that ends the game. There’s a new Damage card as well: Short Circuit. Unlike standard Damage, this card goes into your discard pile, weakening your hand, and forcing you to play it first during your turn. When you do, it saps some of your Power when battling adversaries. Other cards provide a means to steal Energon or force another player to destroy a card, to name a couple of nasty effects. Many of these cards have the “Attack” keyword, which makes investing in Block cards more important than ever! 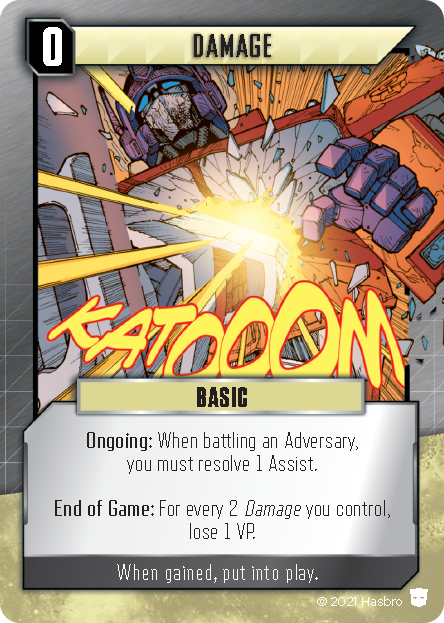 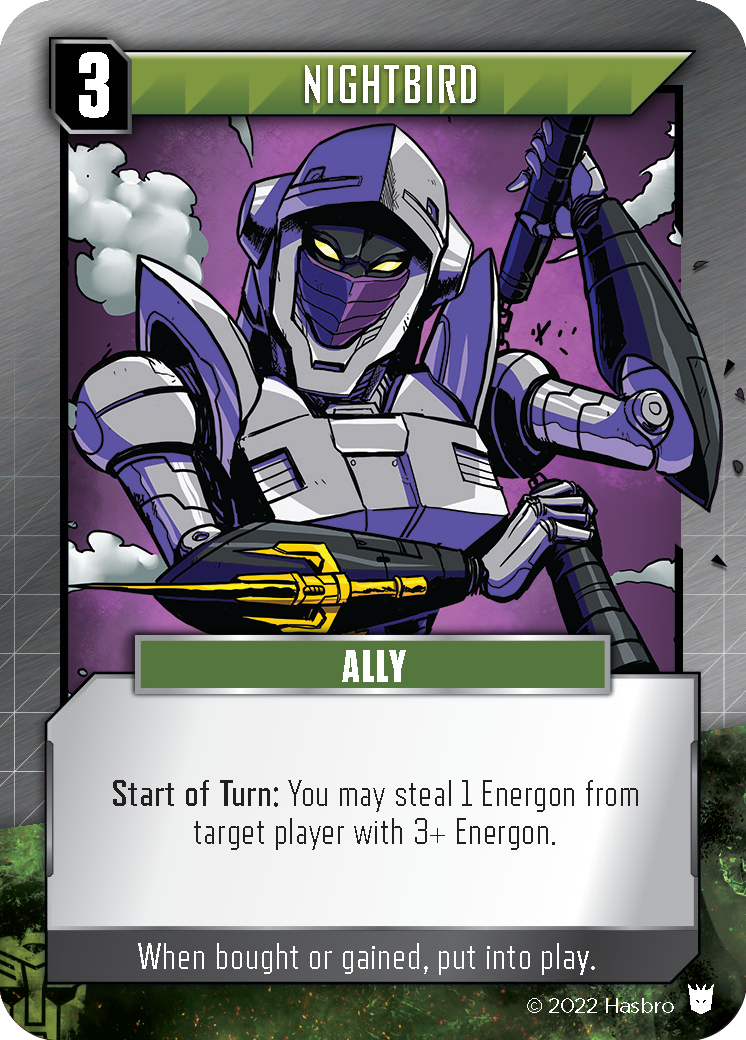 The Cards of War

A Rising Darkness includes dozens of new Technology, Maneuver, Site, Relic and Ally cards that you can mix and match with similar cards from the core set to customize your own TvT experience. Among these is a new Basic card, Rise Up, which replaces Roll Out (you can include both in TvT). One card you will always want to include is the Decepticon Command Bunker, a new Site which serves a dual-purpose in TvT: for Decepticons it offers a friendly place to get an Energon discount when activating their abilities, and for Autobots, it provides a tempting target to destroy in order to gain valuable victory points. The team with the most victory points wins, after all! Which cards you decide to include will be a matter of preference, guided in part by what sandbox you want to play in. We hope to give you many more options to customize your game with each new release. 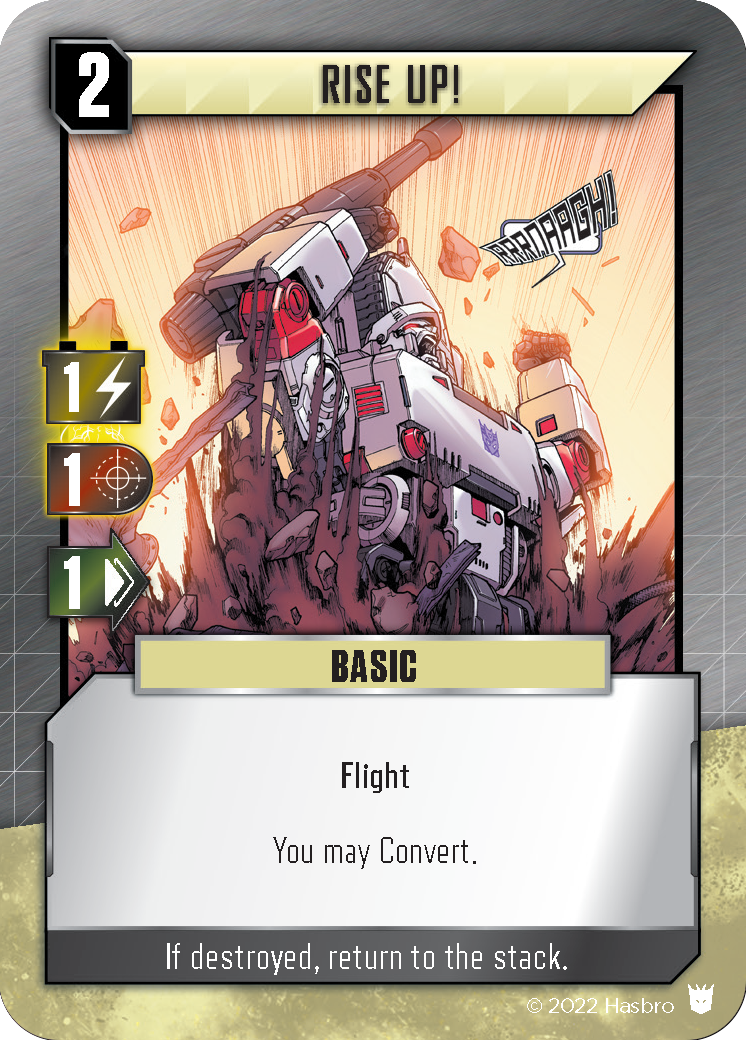 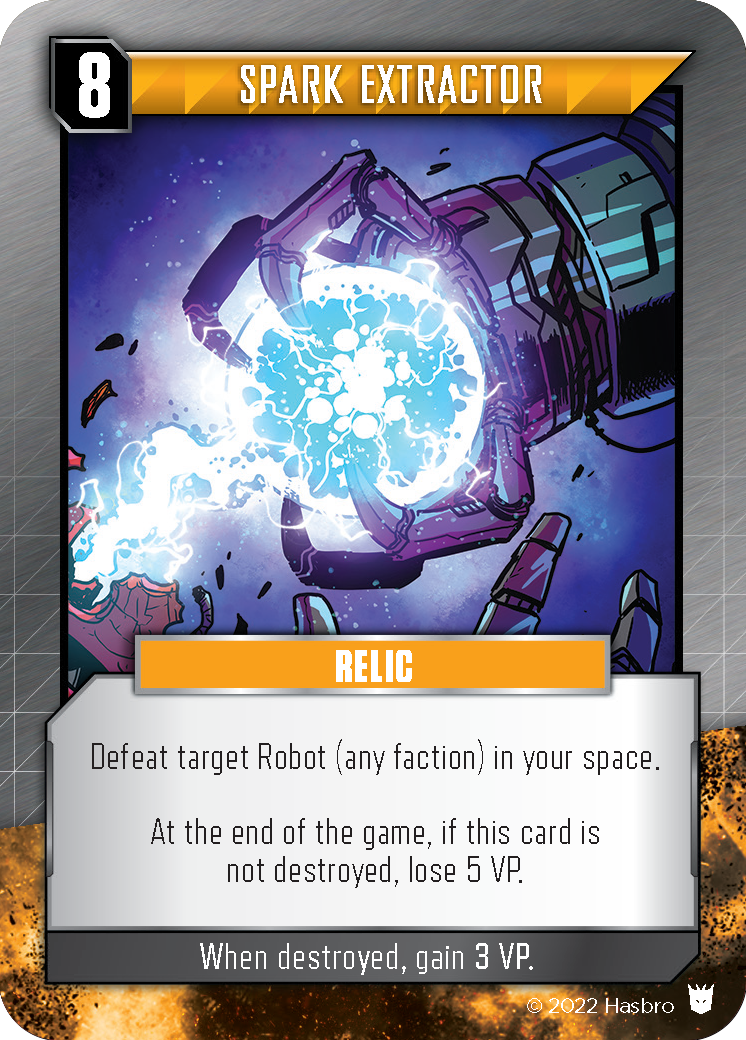 In closing, we’re excited by what this new installment offers, both as a standalone game and especially when combined with the core set and any future expansions on the horizon. Infiltration Protocol and Dawn of the Dinobots have already been announced, and they each bring with them multiple playable characters from both factions, adding more variety of choice to your TvT games, or whatever play mode you most enjoy.

Want to get involved with the community? Head on over to the Renegade Discord server! You can find and engage with fellow fans of awesome games just like this!