Fueled by the power of the Zeo crystal, the Zeo Rangers are the strongest fighting force ever assembled. The Machine Empire, led by King Mondo, is determined to destroy the Earth. Can the Rangers defeat this powerful enemy, or will the Earth fall to this unstoppable foe?

In this standalone but fully compatible Deck-Building Game expansion, available this September, some players will be Heroes and some will be Villains. You’ll start with a meager deck that will become increasingly powerful as the game progresses, until you can unleash a powerful Megazord or Master attack. Play against one opponent or team up with a friend to take down the opposition. Contains everything needed to play, or combine with the Core Set for even more possibilities! 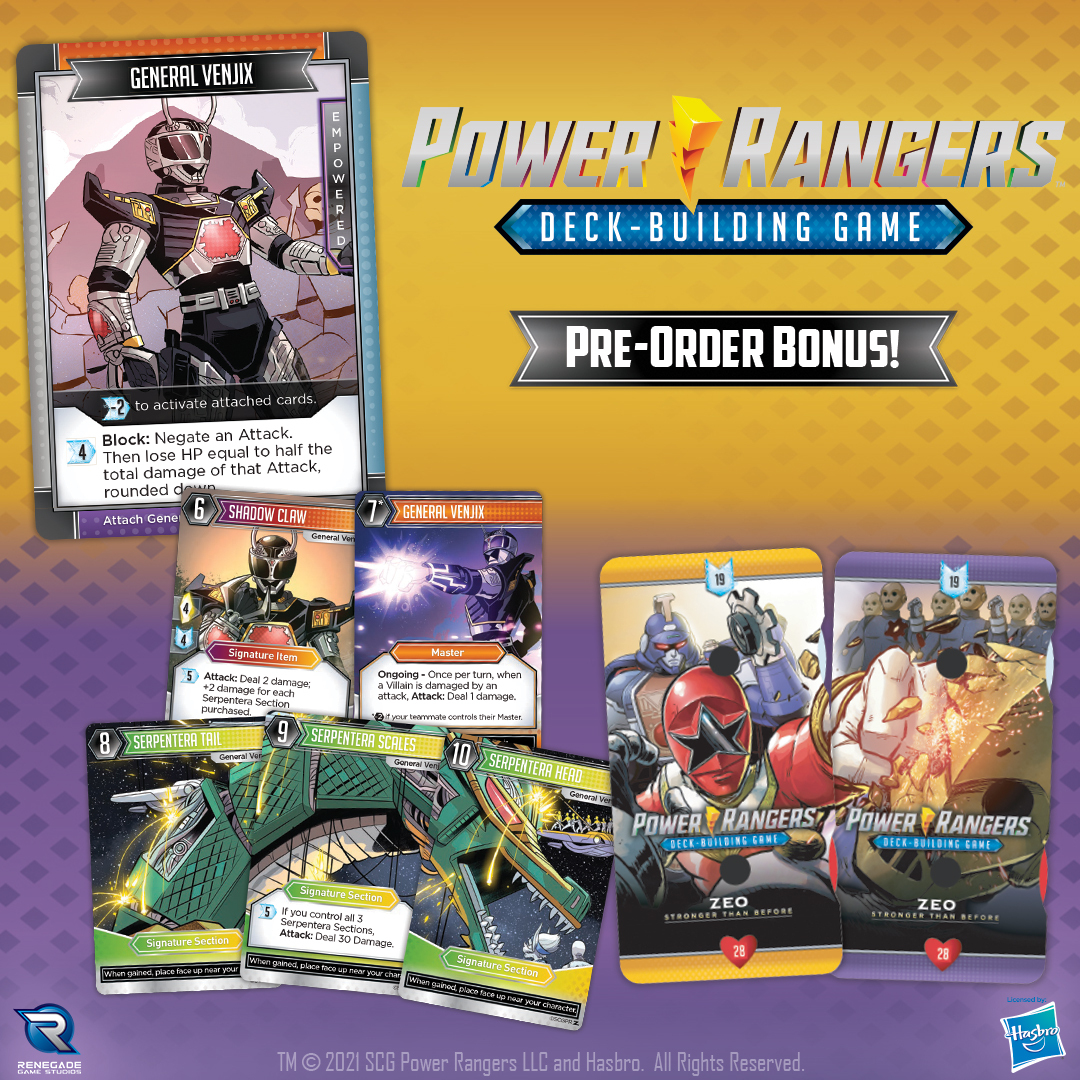