There’s often safety in numbers, so it’s time to build your coterie! In conjunction with a program to incentivize retailers to host Rivals tournaments, demos, and casual play, we’re about to kick off a program to incentivize player-led organization of local communities as well! We’ve seen numerous examples of vibrant Rivals communities around the world already, and have noticed that in many cases, they thrive due to the efforts of a few local players that then form the nucleus and inspire others to get together and play. Given that, we want to reward the players who have been putting in that effort, and inspire others to help grow a community in their area as well. 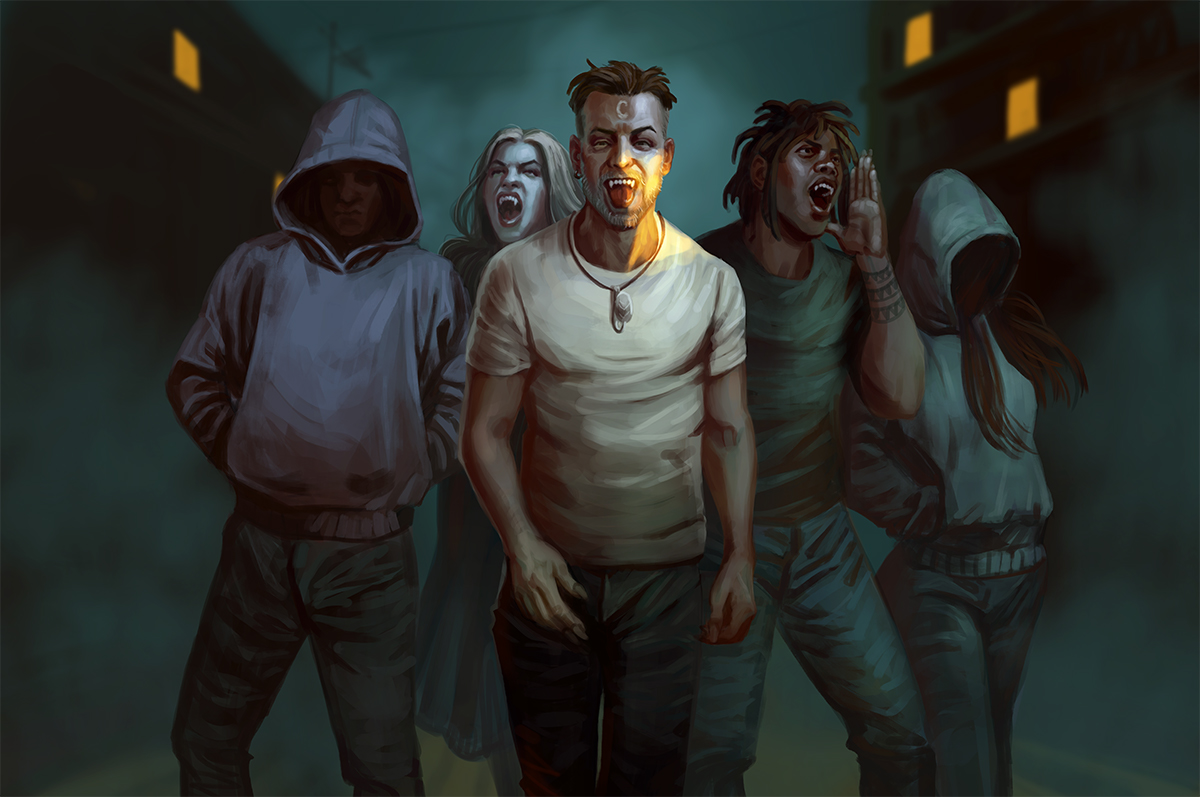 Starting September 24th, players that help organize and/or at least 5 qualifying events through the end of 2022 will be entered into a drawing to win prizes, including the ultimate prize previously only available to Princes, the opportunity to be transformed into a Vampire in the game! All told ten players will win their choice of a plastic, spot-gloss Haven or Agenda (as seen at Prince of the City tournaments), five players will win $50 store credit vouchers for use on our webstore, and 3 will win the ultimate prize, immortality as a Vampire in-game!

This campaign runs in conjunction with a retailer-focused campaign, the Haven Program. Stores will be able to report holding events and be entered to win their own prizes, including Renegade spending sprees and the opportunity for their store to become an actual playable Haven in the game! We encourage you to coordinate with your FLGS to help both your chances of winning some of these great prizes! Interested retailers can contact customerservice@renegadegames.com for information!