Previewing the upcoming expansion for the G.I. JOE Deck-Building Game

New challenges abound in Shadow of the Serpent, the first expansion for the G.I. JOE Deck-Building Game! Worry not though, because with these new challenges come powerful new tools to take the fight to Cobra! 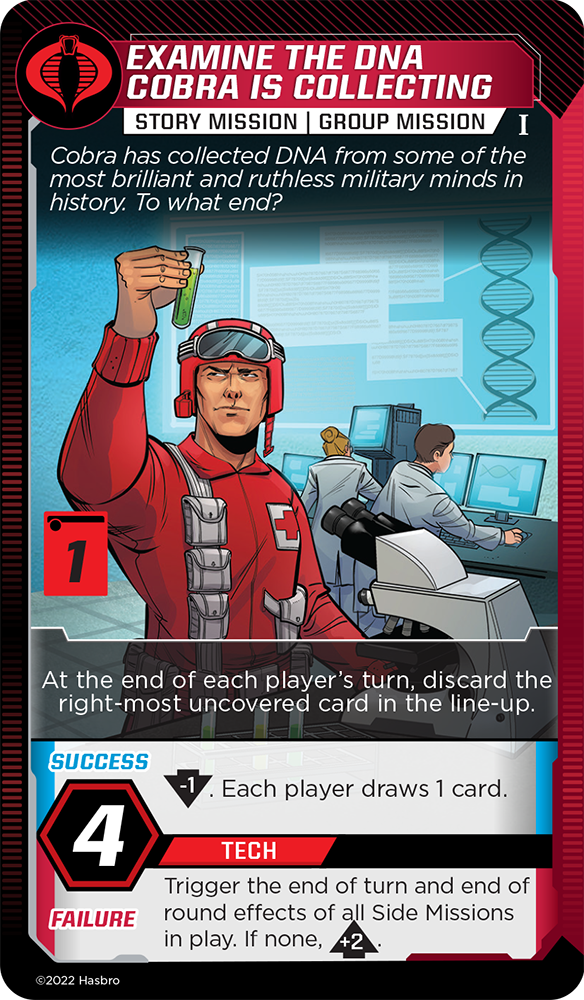 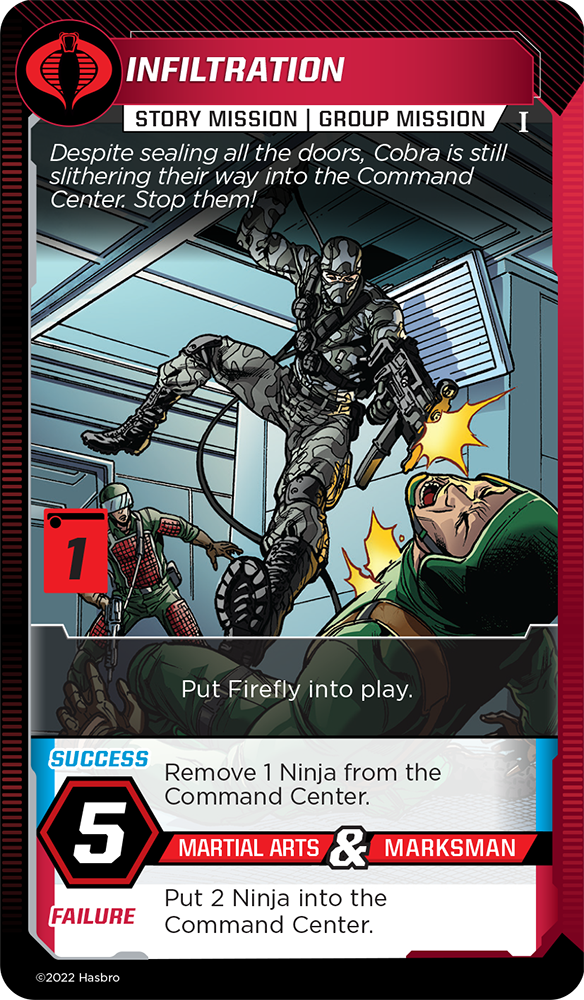 First up, Shadow of the Serpent features two brand-new missions! The Rise of Serpentor sees the creation and rise to dominance of Serpentor. While the Joes can sometimes benefit, helping Serpentor remove Cobra’s leadership on his way to the top, they have to be careful to not end up with a new foe too powerful to take down! In Night of the Arashikage, the Joes begin on the defensive, with Cobra ninjas swarming the command center. You must fight off the assault and then take the fight to the enemy, finding and destroying their dojo! Each mission features all-new story mission cards to stymie your progress and up the challenge! 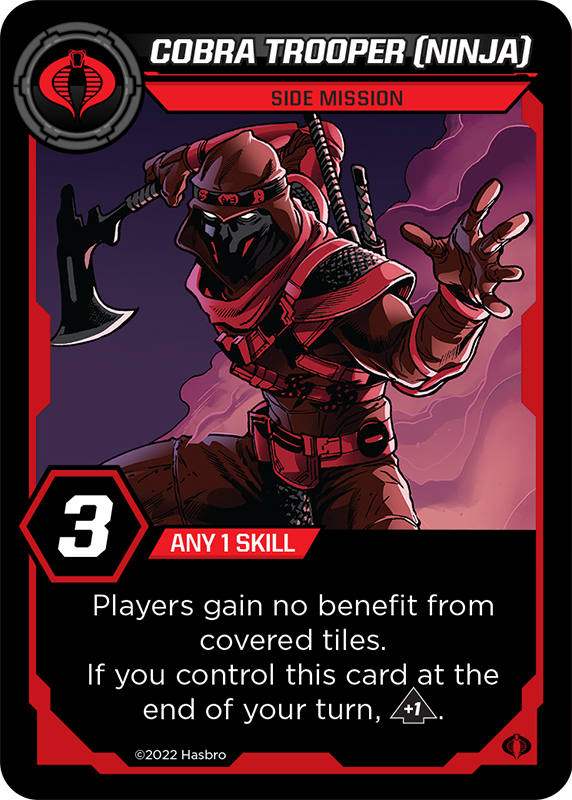 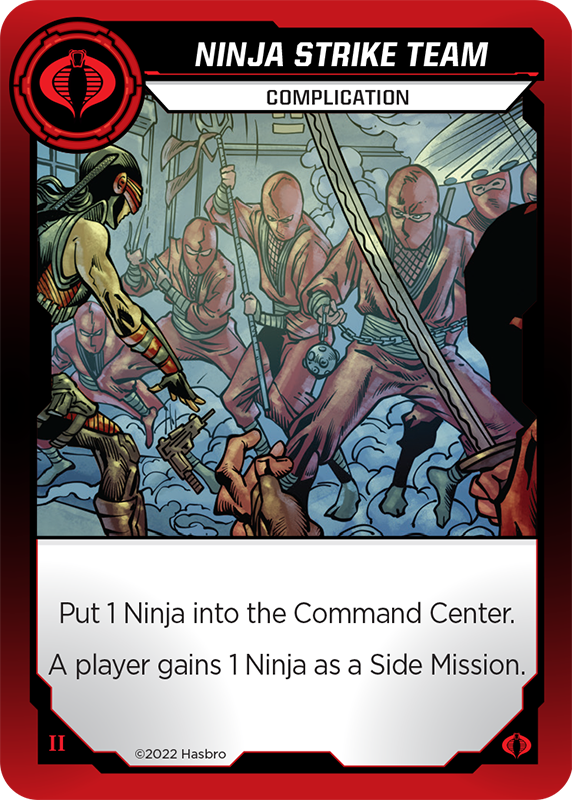 Night of the Arashikage unsurprisingly heavily features a new variety of Cobra Trooper, the ninja! These sneaky foes like to occupy tiles of the new Command Center, denying you the benefits of each occupied space. If you end up facing one as a personal Side Mission, they’ll raise the threat at the end of your turn unless you take them out! New complications may up the challenge these stealthy infiltrators present as well. 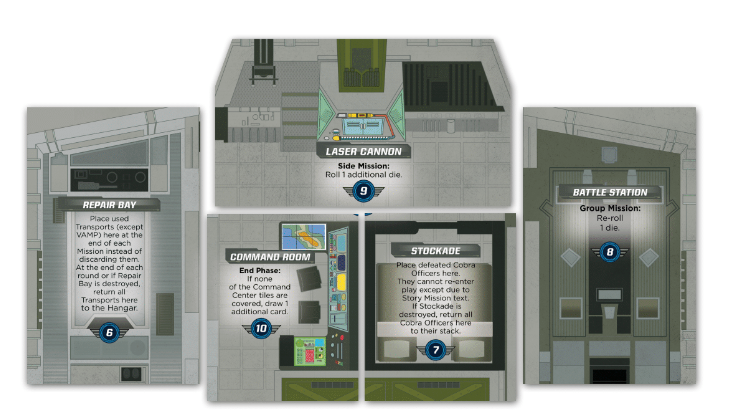 Speaking of the Command Center, this is a powerful new tool available to the Joe team in this expansion. Starting out facedown (unless the mission specifies otherwise), the Command Center’s tiles can be enabled by spending the amount of Recruit points displayed on each tile. Ranging in cost from 6-10, the Command Center represents another great opportunity for the Joes to work together, as these costs can be paid as a group instead of only by a single player! Once a tile is flipped, it’s ability is online and able to be used. Command Center tiles can be destroyed (flipped face down), and then must be rebuilt to be used again. 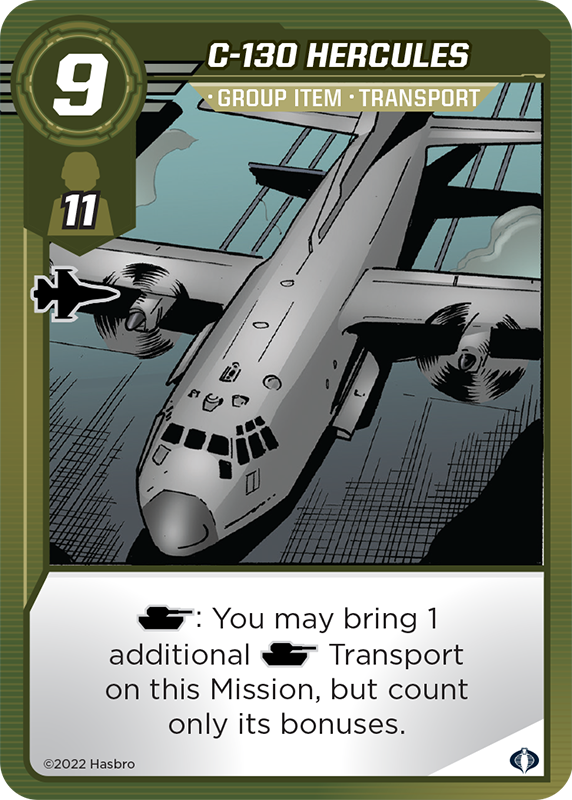 This group spending ability also applies to two of the new transport options. The C-130 Hercules, for example, costs a whopping 9, but can fit 11 Joes, AND an additional land transport! 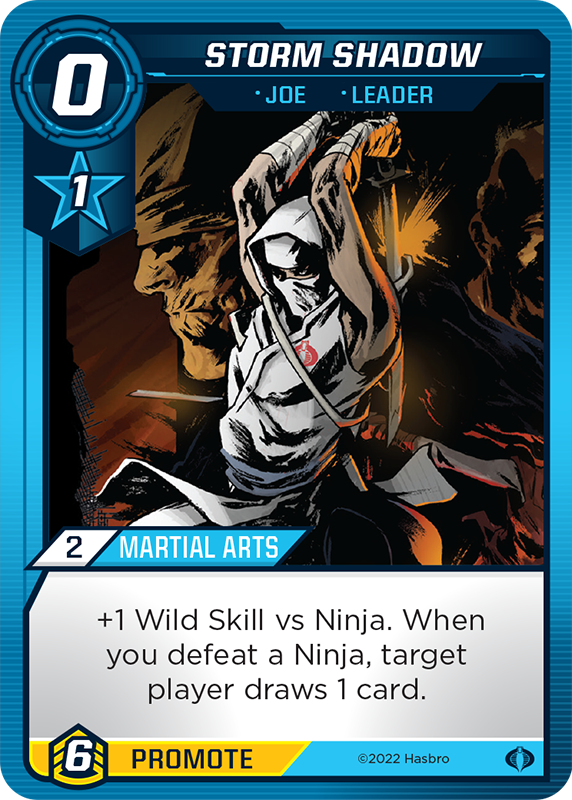 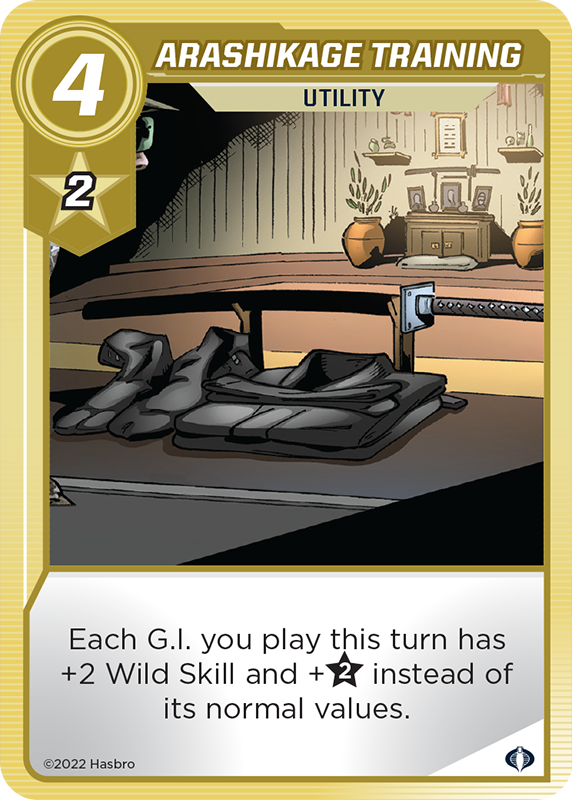 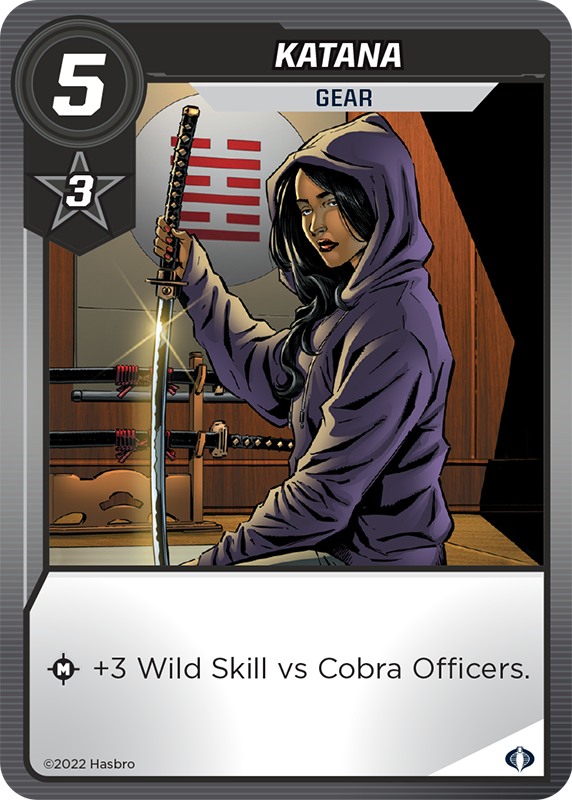 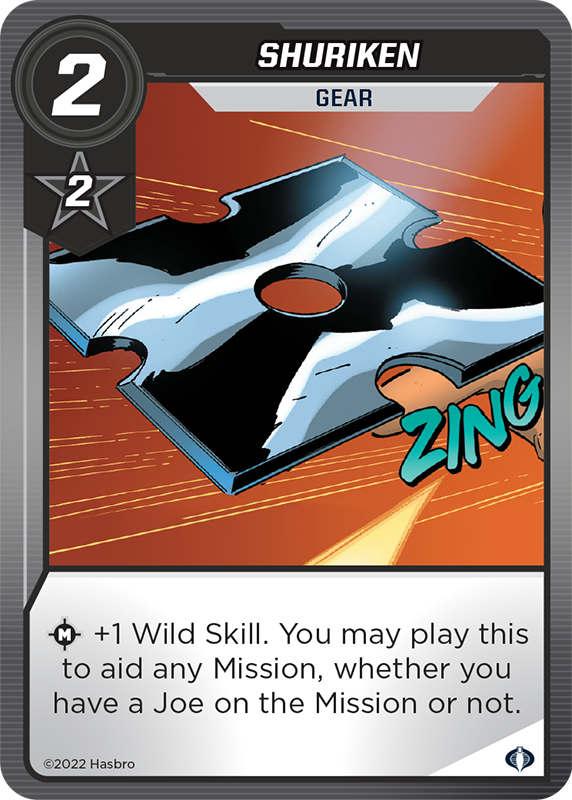 With all the ninjas creeping around, don’t worry, the Joes get some ninja reinforcements of their own. Storm Shadow enters the game as one of the new leader options, along with more ninja goodies like a katana and shurikens. All in, 20 new cards are added to the main deck, and you’ll need them to take on all the new challenges Cobra will be posing. Shadow of the Serpent is available to pre-order now, and pre-orders will come with the Shadow of the Serpent Bonus Box #2, featuring a 3D Command Center backdrop and new versions of Scarlett and Snake Eyes for the main deck! 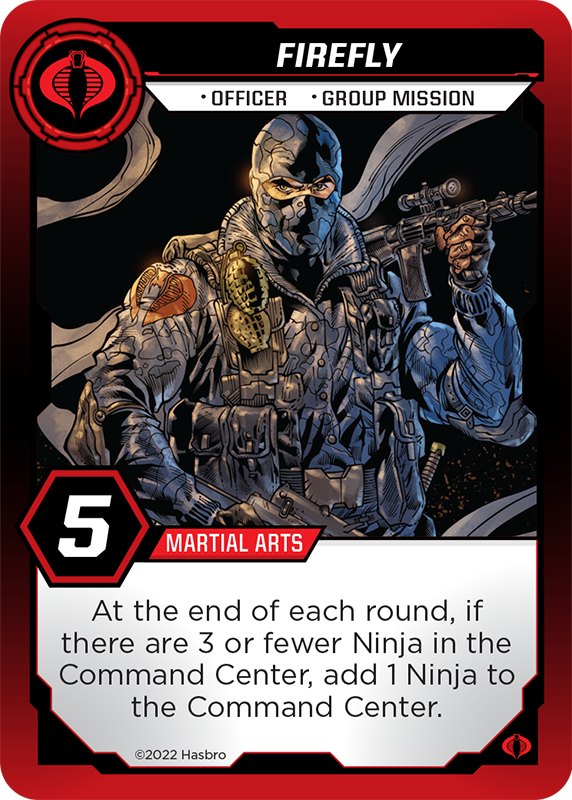