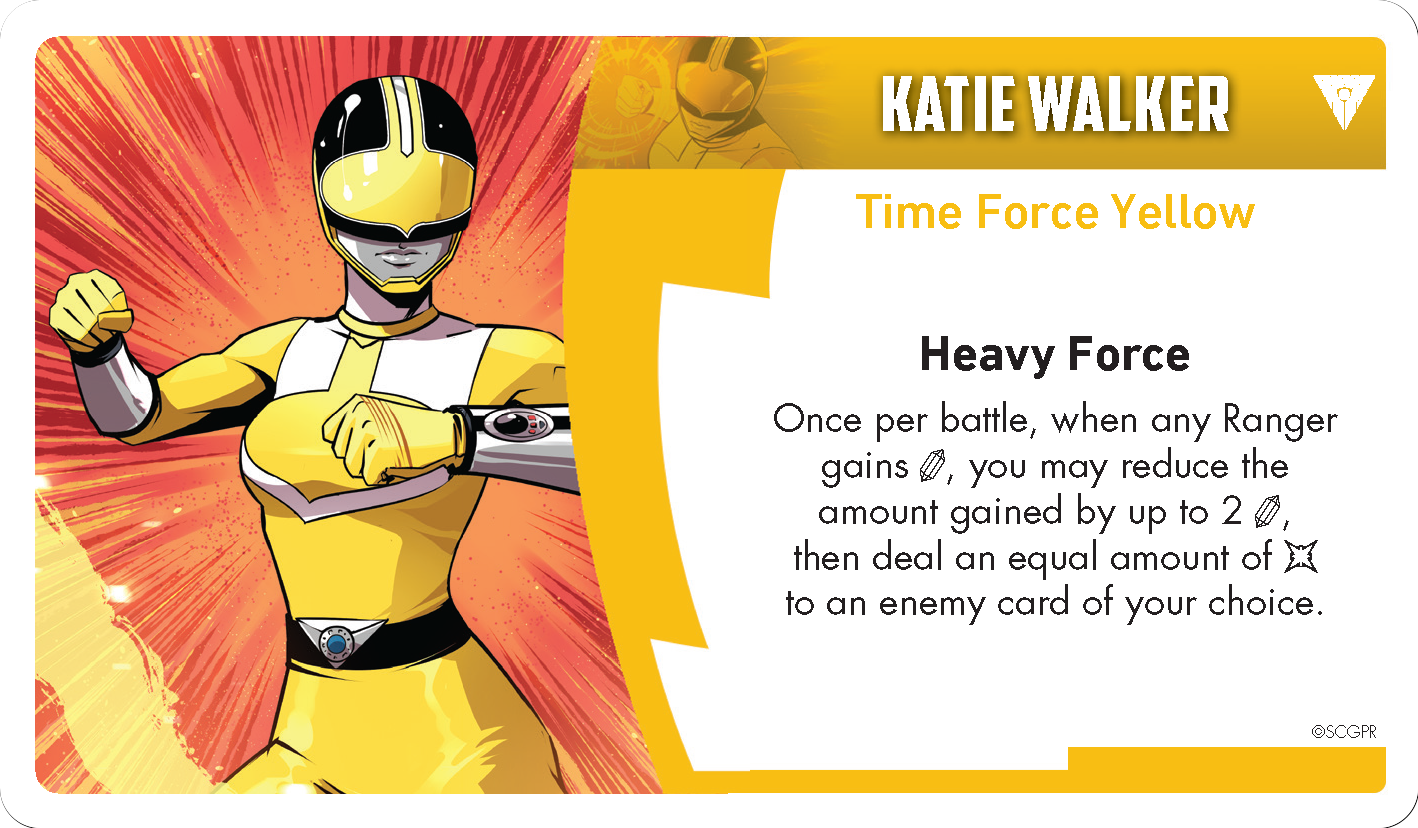 The true powerhouse of the team, Katie Walker’s character ability is Heavy Force Which allows her to convert gained energy into immediate damage. Effectively swapping energy tokens the squad generates for hit tokens applied to the enemies. 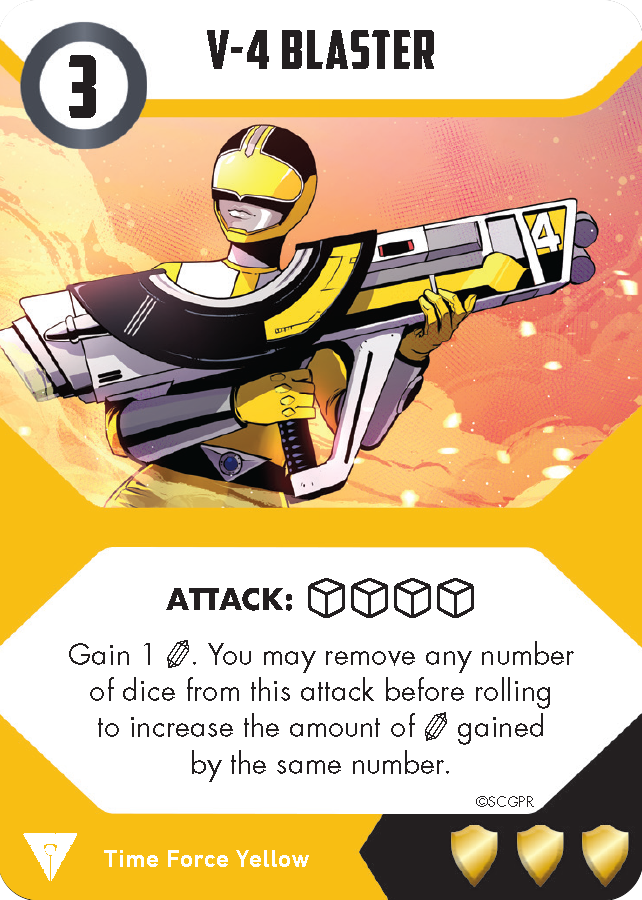 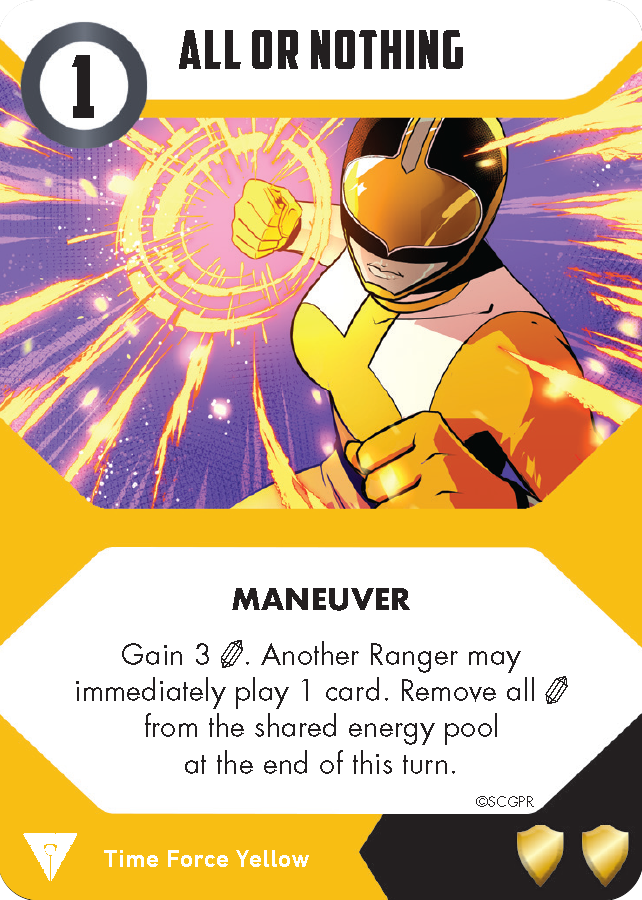 Katie is absolutely a heavy hitter, with cards like All or Nothing and V-4 Blaster allowing her to generate energy for the team which she immediately wants to pour into more damage. Katie’s fighting style revolves around not needing a second attack to take down her enemies. 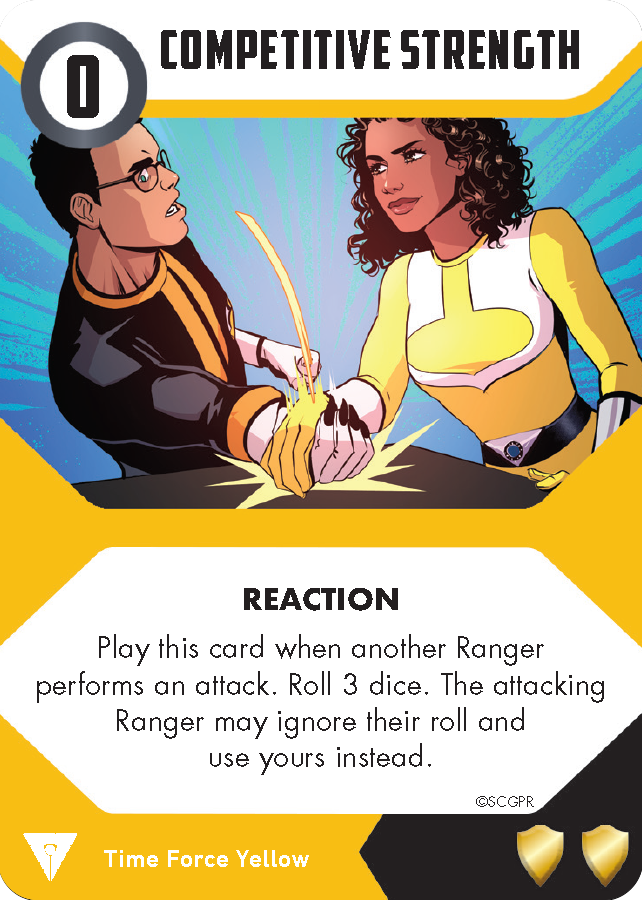 Part of maintaining your strength is staying motivated, (just ask the Quantum Ranger). And Katie’s card, Competitive Strength, lets her show the other Rangers how it’s done! Unlike a normal re-roll effect you may choose which dice pool to use for the attack. In addition you can use this card to boost up low-dice attacks with the dice from her roll!


Katie is a fierce fighter and synergizes excellently with the rest of her team!

Next time, we’ll finish up the Time Force previews with Lucas Kendall!

Haven't yet preordered the Time Force Ranger Pack? Pre-orders include Zord Pack #2, adding the mighty Shogunzords to the game! Be sure to reserve your copy today!