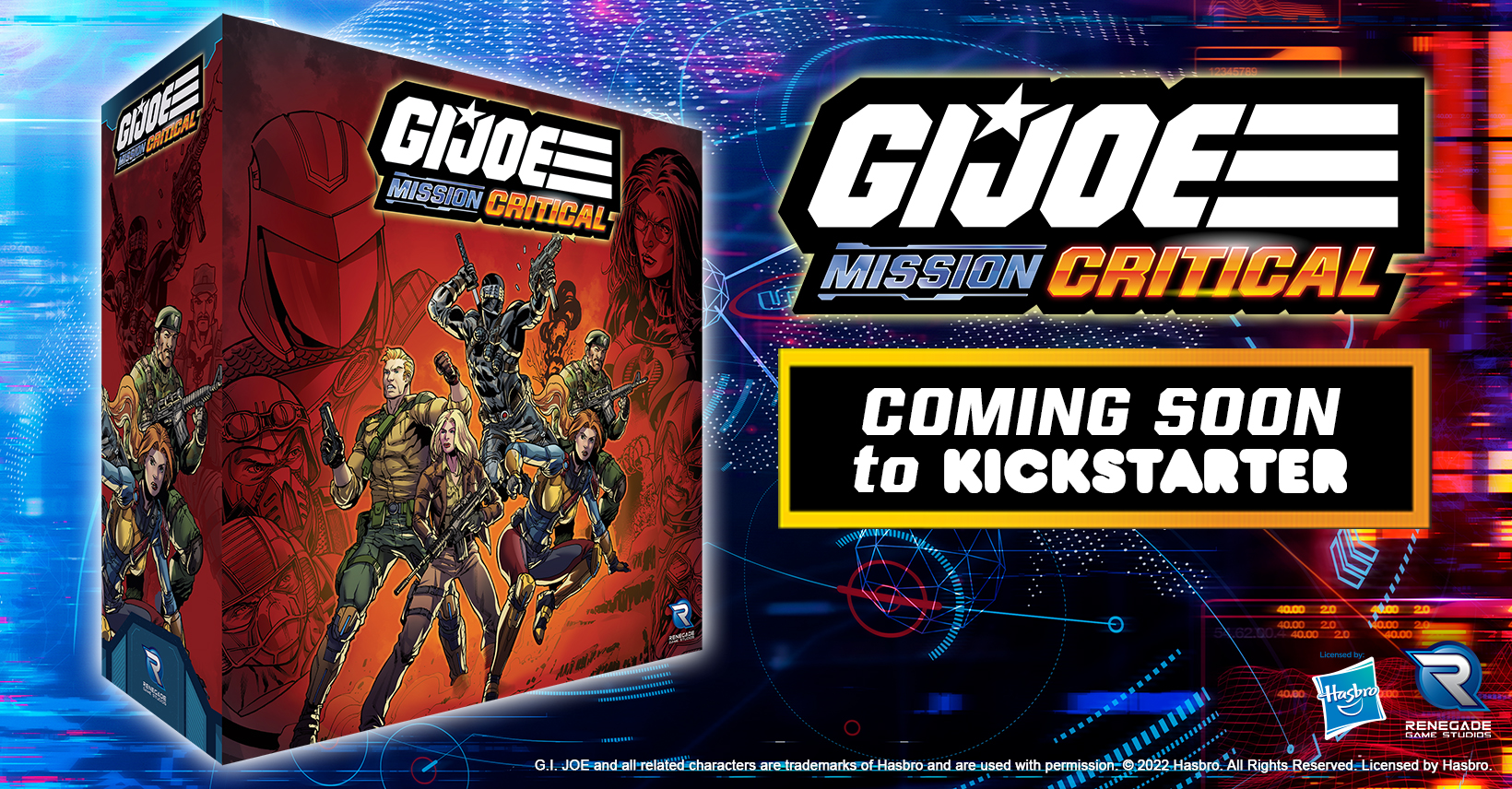 Longtime fans of the Guardian System, previously used in Power Rangers: Heroes of the Grid, are very familiar with the Power Board, and how filling it up brings another Zord to the fight for its Ranger to utilize for the rest of the game. In the world of G.I. JOE however, the link between pilot or driver and vehicle isn’t so concrete, and with the amazing variety of vehicles the Joe team has brought to battle over the years, Mission Critical takes a slightly different approach.

You’ll still find a Power Board, with spaces to place defeated foot soldiers, but in Mission Critical the vehicles form a deck on that board, and the first 3 are dealt to the spaces on the right. At any point in a battle, the Joes can spend defeated foot soldiers from the board equal to a vehicle's cost to trigger its ability. Carry out the ability as instructed, then discard it, replacing the used vehicle with a new one from the deck at the end of the battle. This new approach lends tons of flexibility to how you use the vehicles, and allows players to mix in additional vehicles from expansions as they see fit, potentially creating a custom vehicle deck of all of their particular favorites! Just be sure to make use of vehicle abilities as you start to pile up the foot soldiers, as any defeated beyond the 10 spots the Power Board has will be lost! 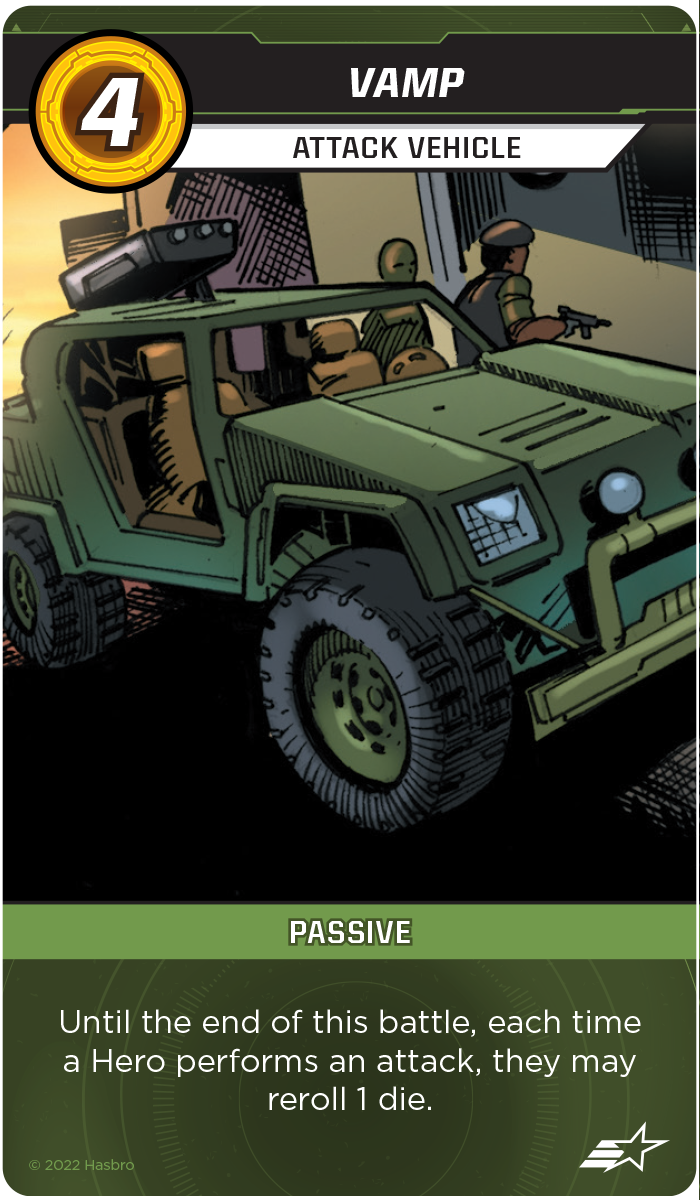 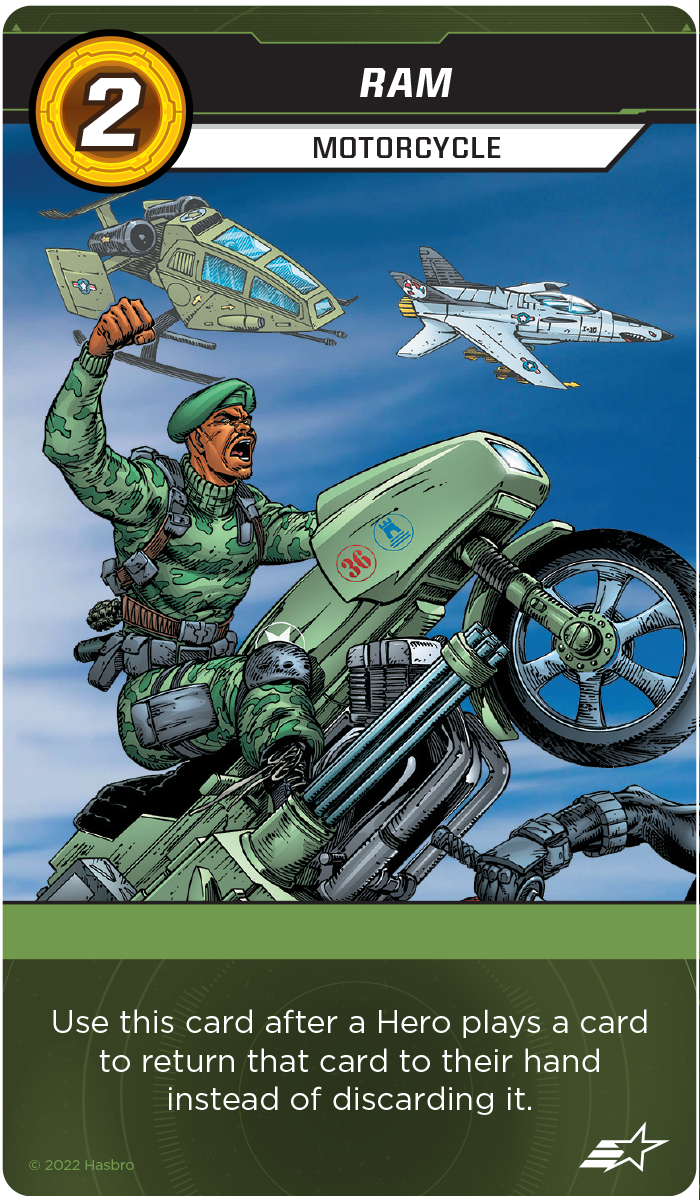 Let’s take a look at a couple of examples, both from the original lineup of G.I. JOE A Real American Hero! The classic VAMP, which also appears as an always-available mount in the G.I. JOE Deck-Building Game, has a cost of 4, but with an ability buffing every Hero roll for the duration of a battle, has serious game-changing potential! This introduces an interesting dilemma. If you’re staring at the VAMP on the Power Board, the temptation to use it to decisively win an earlier fight may be strong, but you could also save it for the final boss battle, greatly helping your odds there! However, if you choose to hold on to it, it will occupy one of the three active vehicle slots, reducing the number of options you’ll have available. Choose wisely!

The RAM motorcycle is the cheapest vehicle option in the Mission Critical Core Box. Its ability functions as a response, playable after a Hero uses a card. It allows you to get an additional use out of a powerful card, returning it to the player’s hand rather than their discard pile as normal!

This new system allows the Joes to use the best vehicle for the job, whatever the situation, and don’t worry, if you exhaust the vehicle draw pile, simply shuffle the discard pile to form a new draw and keep on kicking Cobra tail!

While there are six different vehicles in the G.I. JOE Mission Critical core box, you’ll be able to almost triple your arsenal between the Heavy Firepower Expansion and Mission Critical Vehicle Pack #1, both available during the Kickstarter campaign! Make sure to sign up to follow the campaign here to see more sneak peeks of some of these other heavy hitters!